Feeling overwhelmed? You're not alone.

In a 2018 study from Duke University, researchers found that many college-age voters rarely participate in elections. One of the reasons for this is a lack of information available to voters — both about the voting process and the candidates and issues.

Between the many debates, countless town halls and constant mudslinging between candidates, it is impossible to keep up with all of the information. What information we do get is carefully crafted statements from candidates from which it is hard to separate fact and fiction.

Sometimes it feels like voting won’t matter because it seems like the winning candidate is already a forgone conclusion. When we look at the current state of politics in the U.S., it is easy to feel discouraged.

Greg Dyson, special assistant to the president for intercultural initiatives, encourages students to vote, especially when the current state of politics leads us to question if voting is even worth it.

"Don't give up!" Dyson said. "It is important that we operate as good stewards in the place we are planted. Voting provides one of the best opportunities to impact the systemic challenges we face nationally."

It is important to vote — both on a local and national level — but it is equally important for voters to be as informed as possible when they do so. In order to help our readers become more informed, The Echo reached out to a few Taylor community members for their advice. We have also gathered a few nonpartisan resources we believe to be valuable.

"Spend your time developing a clear idea of what you want to accomplish, what causes you support and why," Miller wrote. "Once you have that better self-understanding, you can more easily evaluate the candidates on how effective they will be at supporting those goals."

For a comprehensive look at each candidate, The Echo recommends Ballotpedia, an online resource which features information about elections and officials from all levels of government. The site offers an overview of candidates’ campaign finances, endorsements and policy positions.

For an in-depth look at campaign finances, we recommend Federal Election Commission, which enables users to view each candidate’s campaign finances, down to the dollar donation of each individual contributor. On a local level, most states have a similar website, although the user-friendliness of each state’s site varies greatly.

The Echo also recommends opensecrets.org and factcheck.org as other nonpartisan sources for fact checking statements made by candidates. Both sources also make an effort to make the election process easier to understand with helpful articles and visuals about complicated topics.

“Christians are also called to a higher standard when it comes to voting,” Jones wrote. “Informed voters who are also disciples of Jesus must also reflect on information available about the positions candidates hold on major issues and how those positions align with principles that come from examination of biblical teaching.”

Jones thinks that because Christian voters will not always agree about the application of biblical principles in regards to political issues, they should cast their ballots with compassion for those who take an opposing viewpoint.

Being an informed voter still takes time and energy, but hopefully with these resources at our disposal, we hope that we can make the process of voting a little less daunting.

“Voting hopelessness ignores smaller, local elections — which often are close enough that one voter matters," Miller said. “It also ignores the fact that politicians pay attention to who votes and who does not — so voting can have an important signaling effect.” 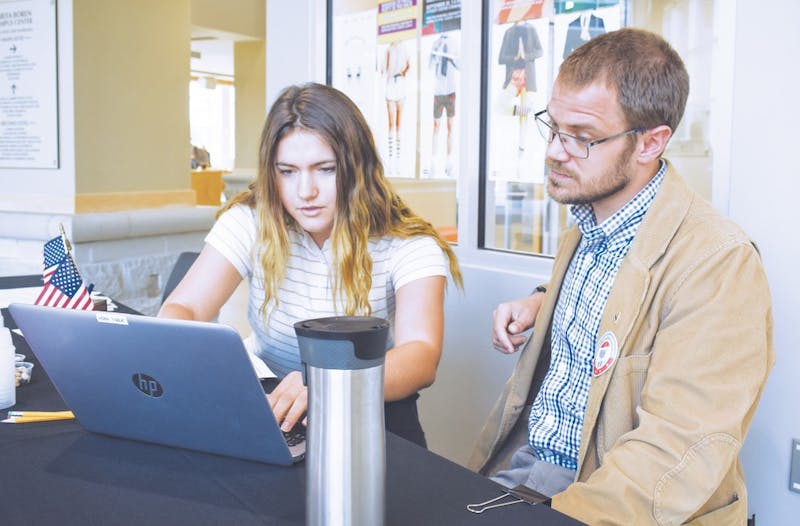