Focusing on faith, football and family

Former Indianapolis Head Coach Tony Dungy received a standing ovation before he even said a word as he took the stage at Odle Gymnasium on Nov. 4.

Dungy spoke about how his desire for professional success in his football career distracted him and how he refocused his life around faith and family.

His Christian upbringing and John 3:16 made Christ’s love evident to him well before his love for football began.

“So that was how I got started on my faith journey,” Dungy said. “But what happened to me as I moved forward in life and got to high school and college, like many boys, sports became very important to me.”

Following his early conversion, Dungy continued to pursue sports while academics and faith started to lag behind.

He recognized the necessity for good academic standing, but school work was the means to enable his athletic career.

“Academics was first because it was stressed and that was important, sports was second because that’s what I loved, and God and Jesus was third because I wanted that assurance of going to heaven and I wanted his salvation,” Dungy said. “But I still wasn’t ready to put Christ in first place in my life.”

Dungy then chronicled his early athletic success which did little to push him toward God.

Dungy was later recruited to play at the University of Minnesota and the demands of academics and athletics further deemphasized God.

However, disappointment soon came at the end of his successful college career when no NFL team selected him in the draft.

After this setback, Dungy asked why God would allow this to happen, but shortly after, Dungy received an offer to play for the Pittsburgh Steelers as a free agent.

“(I) Didn’t know it at the time, but that was the step, that’s where God took me to really start shaping me, and molding and developing me,” Dungy said.

Former Pittsburgh Steelers Head Coach Chuck Noll became a Christian mentor to Dungy during his tenure with the Steelers. Noll challenged all of his players to remember that football was their profession, not their whole life.

Dungy then remembered his mother’s favorite verse, Matthew 16:26, “For what will it profit a man if he gains the whole world and forfeits his soul?”

Rooming with Christian player Donnie Shell also furthered Dungy’s spiritual development. Dungy began to realize that all Christians were meant to make God their priority, not just pastors or missionaries.

After continued spiritual growth and professional success, including playing in Super Bowl XIII, Dungy was traded to other teams and ultimately released from the NFL.

Dungy references James 1:2 as his comfort in this time. His past growth made him ready to face trials, grow in endurance and trust God.

Shortly after, Noll asked him to join the Steelers’ coaching staff which began his coaching career. This included time at the Tampa Bay Buccaneers and ended with the Indianapolis Colts. But Dungy now knew that his purpose was not to win games, but to mentor the players on his team.

“If I was going to give you one piece of advice ... it would be make sure that as you go through your college career that you don’t become tunnel visioned like I did,” Dungy said.

Dungy also had lunch with a select few and spoke with the Taylor football team.

Campus Pastor Jon Cavanagh referenced Dungy’s ability to model Christian virtue despite his secular context as to why he fit the chapel program.

“I’m hopeful that students will look at people up front and sort through how they live out their faith,” Cavanagh said.

Jim Garringer, director of media relations, referenced similar reasons as to why Dungy was brought to Taylor.

Taylor connected with Tony Dungy through Alumnus Patrick Stevens (‘16) who works for Family First. Dungy also connected with Taylor through a friendship with former Dean of the Chapel Richard Allen Farmer. 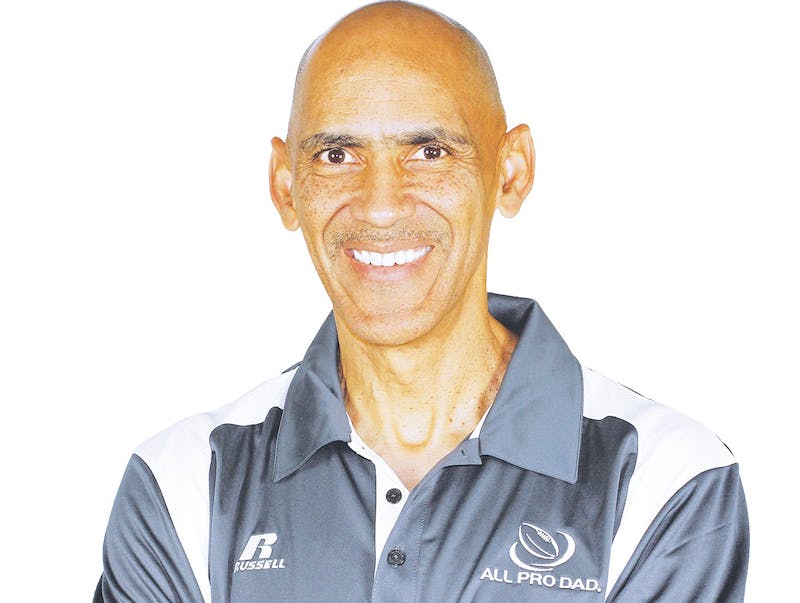 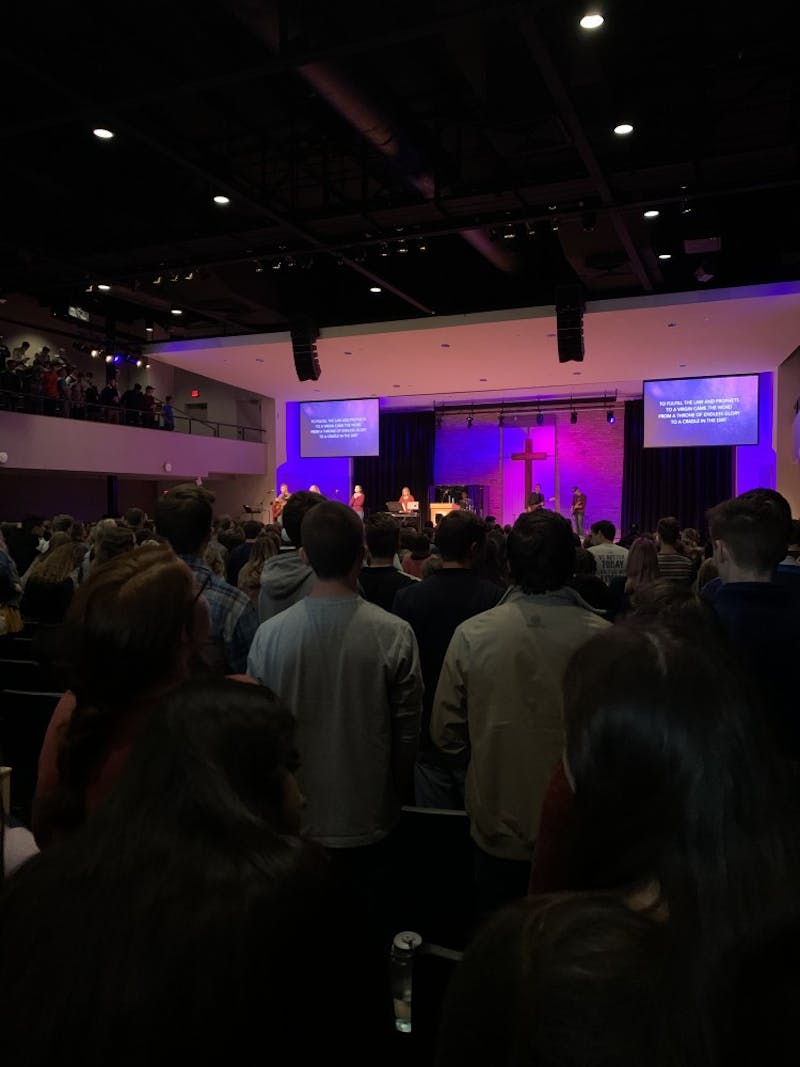