Senior interns at NASA over summer

Hannah King reflects on the opportunity

Senior Hannah King gives new meaning to the phrase “shoot for the stars.”

This last summer, King was one of two Taylor students to intern at NASA. She was stationed at the Langley Research Center in Hampton, Va., where she worked on the Sage III project.

King was one of six interns on the project who interpreted data from the space station about the atmosphere. During her time at Langley, she continued to develop the project, spoke to mentors at NASA and even had the opportunity to communicate with the space station.

While she now looks at a galaxy of possibilities after college, King did not always enjoy math or see herself studying it for a research-based career. She grew up in Upland, and always imagined she would earn a degree to teach, like most in the rural town.

“In elementary school, I hated math,” King said. “And I was like, ‘I’m never going to be good at this and I’m never going to like it.’ Then, I think getting into junior high and high school I was thinking, ‘Oh, okay, I can do this,’ and now in college, I really enjoy all of it . . . It wasn’t until later that I connected that I might be able to do something beyond teaching.”

King began to shift her perspective after taking physics, where she discovered she was also passionate about science since the partnership between the two creates an opportunity for constant learning.

Then, King watched the movie “Hidden Figures” on a wing outing and identified formulas from her class. For the first time, King dreamt about working at NASA. Coincidentally, King ended up at the same station where the inspired story of the film took place.

“It was so cool to walk around and recognize places and things that played a role in history,” King said.

Throughout the entirety of her internship, King grew grateful for Taylor’s professors and how they had mentored her. For example, teamwork was essential for Sage III, which had been instilled and practiced extensively in Taylor’s classrooms.

Ultimately, King enjoyed how her faith and work intertwined at NASA. She was able to explore conversations with her peers and mentors about faith and science. King also explored the relationship of faith and science in a real-world context using the foundation established at Taylor.

“I think the science community doesn’t always have this strong connection between faith and people’s minds — it’s pretty polarized a lot of times,” King said. “It just stuck out to me that a lot of times, as Christians, we try to prove things scientifically about God, but science and faith aren’t the same in that way and I think that’s why we have so many arguments about a lot of these different beliefs versus these scientific things that we know.”

Consequently, King learned how to approach conversations with her peers without trying to prove God, but rather through her faith.

As for the future, King looks forward to continued growth and learning after college, whether that be continued education or going into the industry. Whatever path King chooses, she just wants to continue honoring God by learning more about his creations.

“One verse that comes to mind a lot is Proverbs 16:9 and I think a lot of (the) time I like to make plans like way in advance, but I could never have seen interning in Texas last year and NASA this year and it’s good to see that I can come up with some good plans, but God ultimately knows what’s best for me,” King said. “I just have to trust him in the present with my future.” 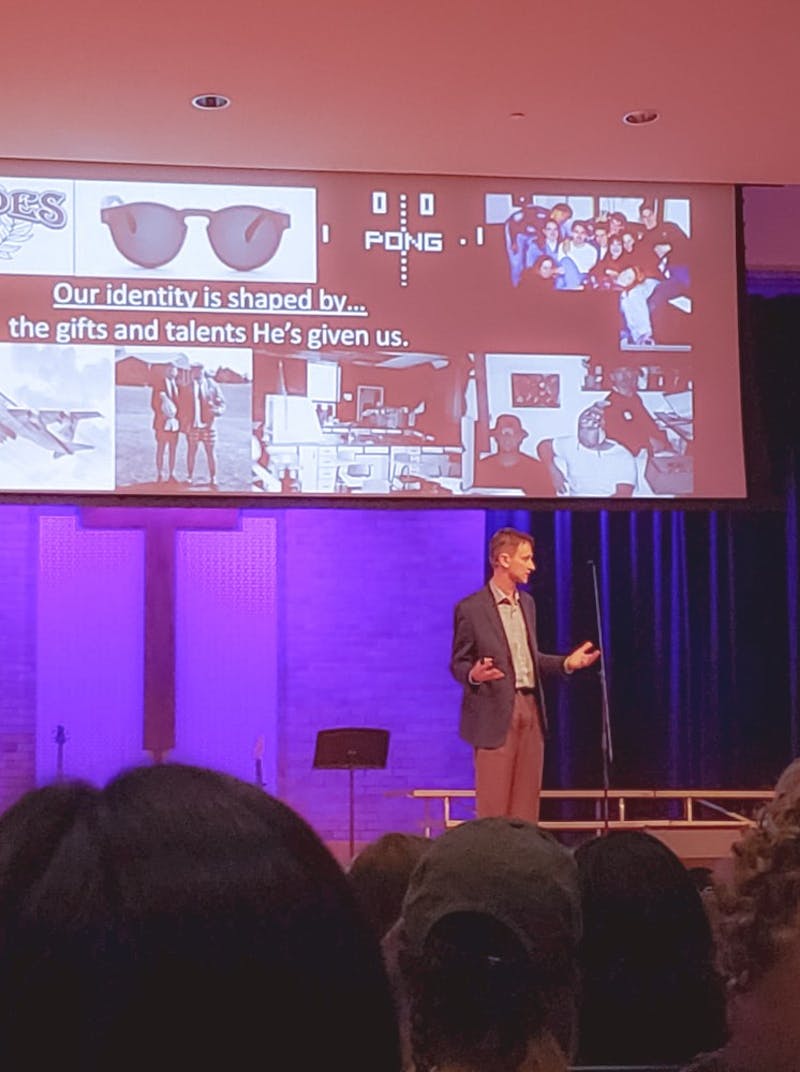