Melon and Gourd: the chase begins

The silence is eerie as you scan your surroundings. Treading lightly as you turn the corner, a burst of motion in your periphery sends a shock down your spine. You sprint in the opposite direction as the rustling of leaves and pounding of footsteps fill your ears. Panic overtakes you as images of your loved ones, your mentors and your visual crush (VC) flash through your mind’s eye. You can’t be caught; not like this. Not like this.

Suddenly you awake in a cold sweat and bolt upright. You’re in your bed on Third West Wengatz, and Melon and Gourd has yet to begin. For now, you’re safe, but soon every man will fight for himself as friends and brothers turn their backs on each other to avoid the cursed produce.

Melon and Gourd, a beloved if not infamous Third West tradition now entering its 25th year, begins on Sunday at midnight. All new wing members — especially freshmen — and brave Third Westers must run to the Sammy statues and back without being tagged by Third West PAs along the way. Two people inevitably get tagged, and they must bear the burden of carrying the melon and gourd, respectively.

Getting caught carrying the melon or gourd essentially turns the victim into a temporary outcast of biblical leper proportions, as no one wants to be the next one tagged and stuck with it.

However, sophomores JD Fritzeen and Nick Woltjer are exceptions to this rule. They committed to avoid tagging each other until the intense week is over.

According to Fritzeen and Woltjer, the game’s intensity is too much for some players, who drop out after struggling to cope with the pressure and paranoia of being pushed away due to produce prejudice.

Players must constantly be on their toes, being aware of their surroundings while plotting new ways to avoid wingmates with the melon or gourd and get to class on time.

“There’s no helpful mentality,” Woltjer said. “It’s pretty much kill or be killed; it’s survival of the fittest with Melon and Gourd. That’s the tough part.”

Despite the intensity and competition, at the end of each day the men of Third West come together to share stories and laugh about previous Melon and Gourd shenanigans. The heat of the game brings them closer and new friendships are often formed.

“The best part is getting to have memories from it,” Fritzeen said. “But that comes from being trapped on a door and not being able to escape.”

Last year, Fritzeen was tagged between Reade and Ayres. He tried to escape from a wingmate through a doorway that was locked and got trapped, screaming and sprinting away to no avail as his preceptorial group looked on.

He was able to rid himself of the produce later, but the memory still haunts him.

“It was a pretty defeating moment in my life,” Fritzeen said. “A tragedy.”

Junior Mike Aust has three main Melon and Gourd tips. He always travels in packs, as he believes you don't have to be the fastest, you just can't be the slowest. Second, he recommends keeping your head on a swivel: the melon or gourd can be anywhere. Finally, he says to never wear Vans.

So if you find yourself in the path of a man with a melon or gourd this week, keep your distance, but be sure to enjoy the wonder of a week that is Melon and Gourd. 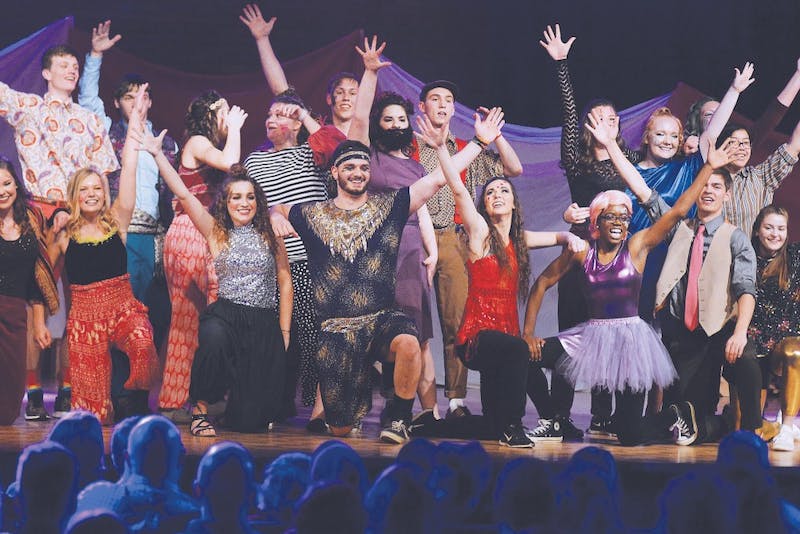 Letter to the editor: Use your melon. Protest melon and gourd.

By Pat McNamara and Jack McNeil