When Assistant Football Coach Rick Fox resigned as head football coach at Drake University in 2018, he decided to follow God’s call and embark on an adventure into the unknown.

“What I had was just this consistent, peaceful sense of ‘Rick, you’ve got to trust me; you’ve got to not be afraid,’” Fox said in a statement to the Des Moines Register shortly after announcing his departure.

In his time at Drake University, Fox accumulated a 33-22 record. During his tenure Drake finished fourth or higher in their conference, the Pioneer Football League, every year. They also generated national attention when they pushed the 23rd ranked team in the FBS, Iowa State, to the brink in December 2018, only losing to the Big 12 school by a score of 27-24.

For Fox, following God’s call meant leaving behind a job and a team that he had grown to love since becoming head coach in 2013.

It also meant experiencing something he had never faced before: unemployment.

“I’ve never left a job without having another job,” Fox said.

Shortly after leaving, Fox received a call from Taylor’s head coach Ron Korfmacher, informing him about an opening for a part-time assistant coaching position. Fox took the job.

The move allowed Fox and his wife to be closer to his children, Hannah-Kate Fox and Caleb Fox, who are both students at Taylor.

“Having my parents here is definitely strange,” junior Hannah-Kate said. “But it’s also fun to watch them make a place I have loved for years their own and it’s a joy to see them happy after a hard six months.”

According to Rick, he and his wife are excited to have the opportunity to see more of their children’s activities, including theater productions and baseball games.

Caleb, a junior catcher for the Taylor baseball team, jokingly said, “The strangest thing about (my father being at Taylor) is during baseball practice I hear my dad yelling at football practice right next to us.”

Caleb said that while it is certainly different having his parents only a few seconds away, he has enjoyed the opportunity for both his parents to go to his games, and in turn go to his father’s football games.

Fox added that he feels like Taylor is a tremendous fit for his father, saying his dad’s passion is ministry first and football second.

Now that Rick Fox is at Taylor, he has another opportunity to minister to young athletes through football.

“Football is just the excuse that creates the opportunity for ministry to happen,” Rick said.

According to Rick, coaching is a personal battlefield, especially during game weeks. Throughout game weeks, he has to deal with his pride as he faces the possibility of defeat on the field.

In the 2017 season opener, Drake lost to the University of South Dakota 77-7. This particular loss was broadcast nationally on ESPN, which accentuated the embarrassment he felt.

The loss enabled him to better love his athletes by forcing him to check his pride, Fox said, adding that these kinds of battles are necessary to make an impact in God’s kingdom.

As a result, Fox said he gives thanks to God for his difficulties because they have helped him to know God better. 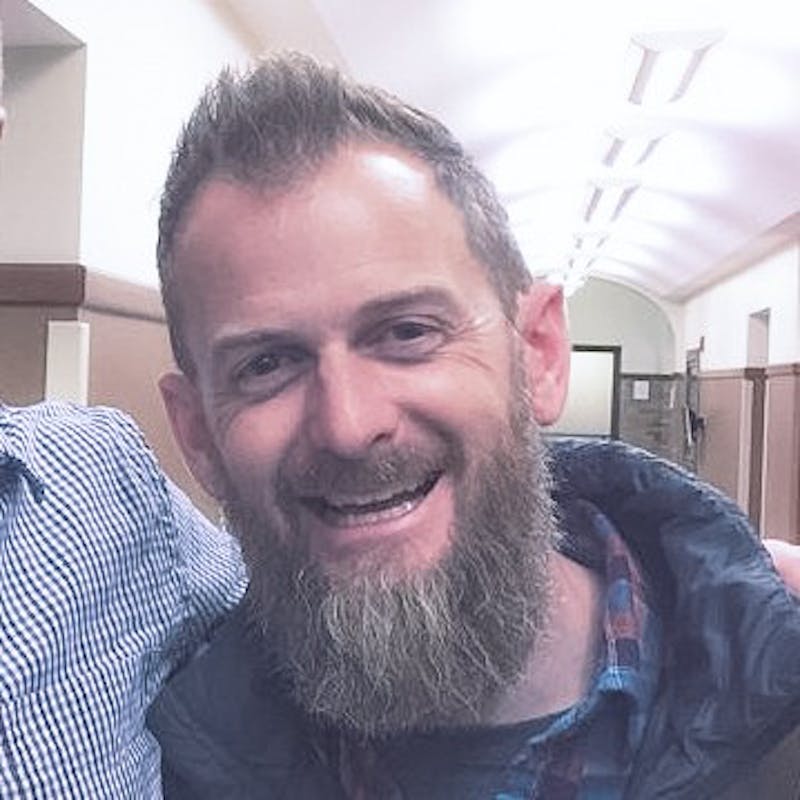