Freshmen Elissa Erb, Jacob Ferguson, Will Ritsema and Lily Walter of the Inter-Class Council (ICC) cabinet are thankful for what they consider to be a successful and meaningful year.

"We care about more than just about events," said Walter, the freshman ICC president. "We want to see our freshman class thrive, and so I just hope that our class will be able to see us and want to talk to us and want to voice their opinion to us because we can make changes if they want them to happen."

The four were happy to have the chance to share their reflections and give readers a glimpse of their heart for their fellow students.

What were your initial expectations for this year and how has your perspective evolved?

Erb: "I had a goal when I came to college, like, 'Oh, I'll pick one thing to get involved in right off the bat,' so I decided to do ICC so it would be a good opportunity to meet people of all the classes because there's four from every class in it. We kind of went in pretty blind just knowing that we were going to get involved in a cool group of people. At first, I thought it would just kind of be like student council at my high school . . . we didn't really do much at all, just put on a few blood drives and said we were representing our class . . . then I learned that, 'Oh! We're going to plan a lot of events!' which also wasn't really what I expected, but it ends up that you can actually do a lot with event planning, and impact a lot of people through that."

Ferguson: "I didn't really have a perspective or any expectations because I didn't really know what ICC was. I had just enough of an idea and I agreed to join the team, and then people would ask me, 'Hey, I see your names and these posters everywhere, what is ICC?' and I would say, 'I don't fully know, but you should vote for us, because we'll work hard at it and do our best.' So I didn't really have an expectation, but once we started, I realized this group of people - all 16 of us, and the grad assistant, so 17 - we're going to get really close. It's a really fun group of people to be a part of. Before I came to Taylor, I'd hear about all these traditions like Airband, Silent Night and Taylathon, and I never thought I'd get to be a part of behind the scenes."

Ritsema: "When I was in high school, I served on Student Council. We planned a few events, including dances, blood drives and donation drives; I expected ICC to be the college equivalent of Student Council in high school. My understanding, now, is that ICC operates similarly to Student Council, but ICC is more organized, has more resources and is a more focused group of people."

Walter: "My initial expectations for being on ICC was I knew it was event planning, and so I knew we'd be doing a lot of planning, and so that had me really excited, and yeah - I like planning things and making things happen and making people happy because I made things happen . . . but the way things have changed is I grew to love my group and then also the ICC as a whole. . . . I had it in my mind that we would do a lot more planning than we did. I think I thought we'd plan more events, but we only planned Airband and then our two freshman events and Taylathon. So that was a different change, but it wasn't bad because I don't think I could've handled more - I learned there's a lot to planning and putting an event on that I hadn't done before. There's a lot of behind the scenes I didn't know existed, so that was cool."

Erb: "It's been challenging to figure out how everyone thinks and learning where to say yes and no to each other and become more of a cohesive group, and then trying to figure out where we fit in the greater scheme of ICC with everyone else and try to get incorporated and how to have our opinions heard. As far as rewarding parts go, I would say it always seems like a lot of work and the four events trying to decide on themes, like making all the decorations and everything, but when we see it all come together, especially for Airband and Holidays with the Haines, seeing all the decorations and everyone getting excited about it, and then like seeing the events run smoothly - that would definitely be the most rewarding part."

Ritsema: "The most challenging part of ICC is the time commitment. We meet every Thursday from 9-10pm to plan events, and then we usually put in numerous hours when an event is occurring soon. The night before Airband, we were in the chapel for nearly nine hours for the dress rehearsal. The day of Airband, we spent the entire morning and afternoon decorating, and then we were in the chapel for both shows and then we had to clean up. It was intense! However, Airband has been one of my favorite parts of being on ICC so far."

Walter: "For me, the most challenging part has been working together. Which is surprising, I would say, because I would consider myself to be a pretty compliant person, but when it comes to planning events, things have to happen, and I'm realizing my personality is very much perfectionist, and the people like Elissa and Jacob and Will, they balance me out in the best way but it took me a long time to get used to, and so working with my team was the most challenging but also the most rewarding because it helped me to build my character and the fact that I don't have to be perfect and I don't have to get things done immediately."

Freshman ICC has helped coordinate Taylathon, "You Are Here" freshman worship night, Holidays with the Haines, Airband and the Battle of the Sexes game night. Do you have a favorite?

Erb: "Of course Airband was the most fun event to help out with because the whole school was there; we got to be running around like crazy; I was in it and helping out so it was, like, we were so tired at the end but so worth it, so that was probably the most fun to be involved in."

Ferguson: "My favorite class event we did was definitely the worship night, (because) we came into that not knowing what we were doing really; we just kind of had a goal and we were like, 'We'll make it happen, maybe. Maybe we'll fail, maybe we won't, I don't know.' But it turned out really awesome, really meaningful. There was another time where I was sitting in the chapel afterwards thinking, 'I never thought I'd have the opportunity to do this.'"

Ritsema: "All of the events had a great turnout! I think my personal favorite event was Airband. Airband was so cool!"

Walter: "My personal favorite was the 'You are Here' event, just because it was what I needed. And so we kind of planned it on what we needed. We were talking about how we were at Taylor, 'So now what?' Like, 'We're on ICC, so now what?' So it was just fitting to add that aspect into an event and help people explore why they're here."

How do you feel about this year coming to a close?

Erb: "I think it's going to be very different next year, but still really good. I think we're all a little bit sad that we're going to be losing our four seniors and our president, (Marguerite Riggenbach), so that will be a big change because we've only known ICC as the 16 people who are in it right now. We're also losing (Britney) Wallbaum, our MAHE student, our grad assistant. I think we're ready for next year, but definitely don't want this year to end."

Ferguson: "So during the Holidays with the Haines event, we - the entire ICC - wore matching flannel pajamas, which looking back is one of the funnest things we did, one of the most unique things we did. And we have this picture that we took late one night when we were setting up for that party, the 16 of us wearing the same bright red matching flannel pajamas, and to me ICC will always be people in that picture. And like Elissa said, we look forward to the new freshmen - welcoming them and moving up in our leadership positions and being role models and mentors to them - but it will always be kind of sad to not have the original 16 people. But luckily, I have that picture of us in matching flannel pajamas which just looks ridiculous, but that's a good memory I'll always have of the original ICC."

Ritsema: "This year has been extremely fun at times and equally tough. I think this year has been full of good memories and growth for a lot of people; I think the close is good, because we all have a chance to regather ourselves over break and come back fresh for next year."

Walter: "It makes me sad. I really did look forward to the meetings every Thursday and I looked forward to planning and decorating. I feel sad, but I also feel excited because I'm going to do it next year, which is awesome, except Will and I are going to be gone in the fall time. I'm sad to see it go, but I'm excited for the future." 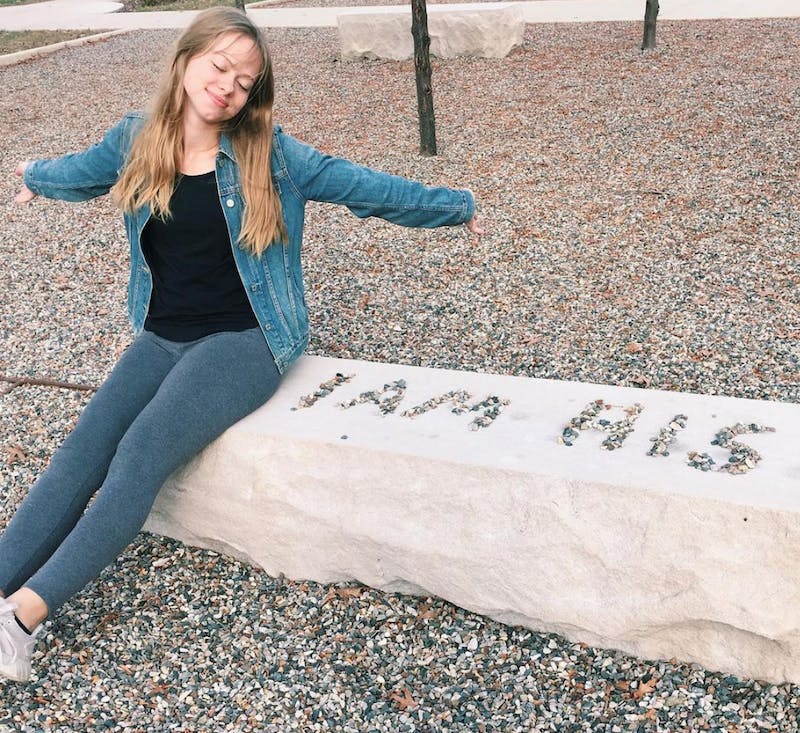 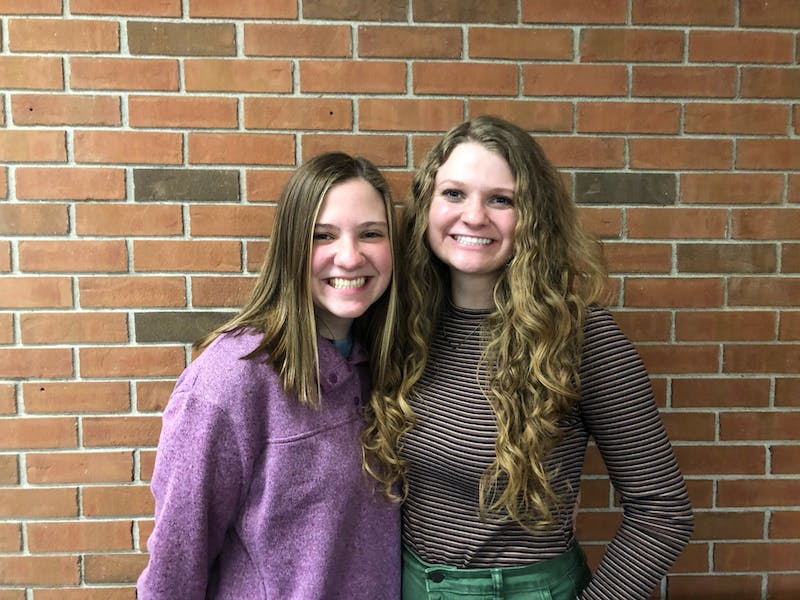 Planning pick-a-dates during a pandemic 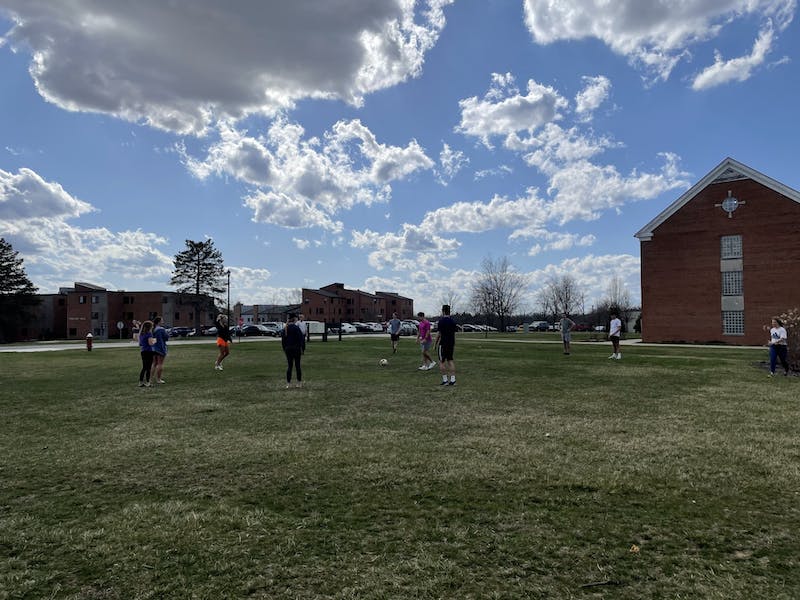