What’s your money made of?

Chances are you won't consume that much caffeine, sugar or action/adventure annually, but you will spend the equivalent cost of one of these items on a single year of education at Taylor University.

For the third year in a row, Taylor University's Board of Trustees has approved tuition hikes of just under 3 percent-the total increase this year was 2.94 percent. That means the tuition increase for the 2014-2015 school year will total $1,079, roughly the cost of a Macbook Air.

The board received recommendations from university administration and weighed its decision carefully before raising the cost of a liberal arts education.

"An important element in that recommendation was to keep the price increase as low as possible," said Taylor University Chief Financial Officer Stephen Olson. "We involve many different people in the decision-making process to be confident that we are fully considering all relevant information."

This year the increase has a twist. Returning students living in the residence halls will have the opportunity to choose a smaller meal plan. This will reduce their tuition increase from 2.94 to 2.08 percent. The new option has 15 meals per week, rather than the current 20.

"Along with managing the increasing costs, we wanted to introduce this new meal plan option in response to students' (and parents') ongoing request for more flexibility," said Steve Mortland, Taylor University Vice President for Enrollment Management and Marketing.

Regardless of the meal plan change, one fact is unchangeable. The final cost for students is rising.

"The reality is there are a lot of costs (for the University) that do go up every year," Olson said.

Taylor's budget is split between personnel-related costs such as wages and benefits and operating costs such as technology, insurance and utilities.

"We continually look at ways we can control, manage or decrease the expenses that are driving the costs," Mortland said. However, there is still a gap left between Taylor's expenses and revenue, and the tuition increase helps to narrow that gap.

Cutting costs is another way to narrow the gap, Olson said, but it's not always as effective as it sounds.

"It is our belief that we can't cut (spending) a lot and not impact what makes Taylor great," Olson said.

"It's real money, but it is a reality that a lot of it is driven by scholarships," Olson said.

He added that the average Taylor student receives about $10,000 in scholarships from the school.

"I'm not trying to sugarcoat it," Olson said, "but in one sense, this year at least, that raise in tuition is almost all offset by just recognizing what we give out in scholarships to students."

Mortland acknowledged that new programs and benefits for students are not always directly tied to the increase, but that doesn't make it unnecessary. There are many indirect benefits to students, including funding for research opportunities and investments in overseas experiences for students.

Though tuition increases are necessary for Taylor's successful operation, the university is dedicated to keeping the cost affordable to students. 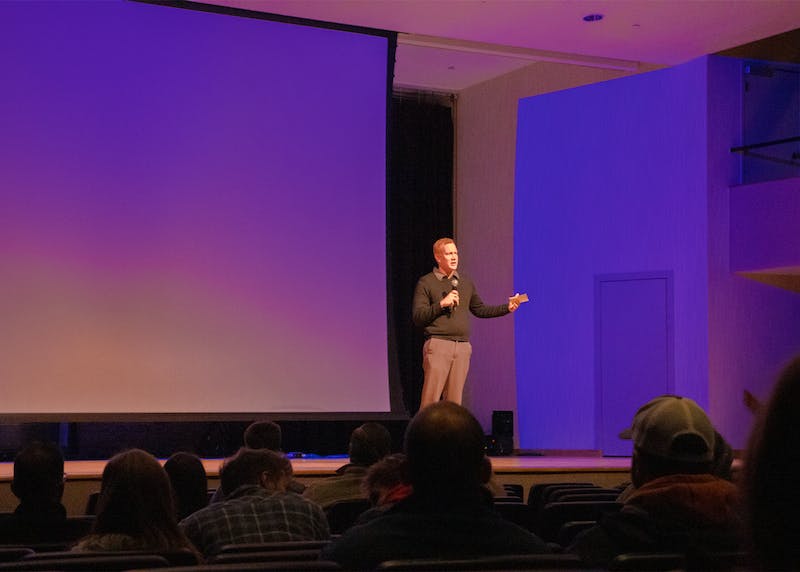