Less than eight months remain until the launch of a nanosatellite being built by a tireless team of Taylor seniors and faculty as part of their capstone engineering project.

The TSAT will be launched into space in summer 2013, according to Hank Voss, principal investigator and professor of physics and engineering.

The TSAT is a small satellite built through a decade-long partnership between students and professors. It was chosen by NASA as one of the nanosatellites the agency will be launching throughout 2013 and 2014, according to a NASA press release.

The CubeSat Launch initiative chose 33 satellites from organizations and universities across the country. Cornell University, the U.S. Air Force Academy, and NASA'S Goddard Space Flight Center are listed as some of the other satellites that will be joining Taylor's.

The nanosatellites are about four inches long, have a volume of about one quart and weigh less than three pounds according to the release. They were chosen to conduct research and educational demonstrations.

According to Voss, the TSAT will be launched from Cape Canaveral, Fla., on a rocket that will later service the International Space Station (ISS).

Students have focused their work on four main sensors within the satellite: a solid state detector, a plasma probe, UV sensor and an electrical field (EF) and very low frequency (VLF) detector, according to physics engineering major Dan McClure, team lead for the project. Students have built most of the mechanical devices, sensors and circuit boards.

Physics major Matt Orvis is the lead engineer for the ThEEF (the Earth's electric field) sensor, which measures EF and VLF within the radiation belt. The VLF sensor, Orvis said, "will give us more insight into the Sun/Earth coupling in this region of (the) atmosphere as well as insight into the VLF wave propagation characteristics."

Computer engineering major Jacob Baranowski is in charge of designing and implementing the ground support equipment (GSE) on the TSAT. This will enable interaction between Taylor and the satellite once it is in orbit.

"I will be building GSE testing hardware to control the power supplied to the sensors and microcontroller board during the testing phase of development," Baranowski said.

Physics engineering major David Lew is in charge of the student flight processor, controller interfacing and is team leader for software development.

"The neat part about the satellite project is that there are so many types of subsystems (mechanical, electrical, thermal, particle physics, etc.) that you can work on, so there is a wide variety . . . if there's a particular field you intend on entering for a career."

The TSAT will be orbiting the earth for five to six weeks, taking 90 minutes to complete each trip. After that it will burn up in the atmosphere.

The students building the TSAT recognize the post-Taylor benefits they will gain from their work.

"I feel very blessed for the opportunity to work on a project with these professors and students that rivals top engineering universities," McClure said. "Also, being able to put 'NASA satellite project' on a resume tends to be an eye-popper."

"This is a very real project with requirements, design constraints and a host of other problems that come from trying to deliver a working product," Baranowski said. "I would say the most important thing I've learned so far is more about what it's like to be a 'real' engineer."

The group even got a chance to present the project to and receive feedback from Excellis, an aerospace company based out of Fort Wayne, which is responsible for taking satellite images such as the ones used by Google Earth and Google Maps, according to McClure.

McClure also says there is a second satellite which students and professors have been working to build: the ELEO-SAT (short for extremely low earth orbital satellite).

It is a three-cube satellite (10 by 10 by 30 centimeters) that is attempting to build off of the research and work of the TSAT.

A proposal was sent to the Air Force Office of Scientific Research in hopes of getting funding for the projects. They plan on beginning work on the project during spring semester. 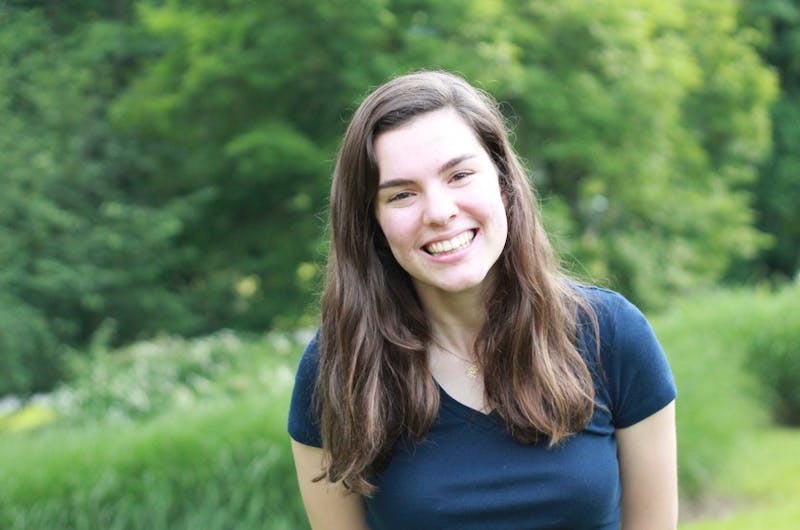