Whatever it takes to rake

Hitting a baseball is so hard that players will do anything and try everything to get aboard. It doesn’t matter if it’s in the Majors or right here in Upland. Some are more superstitious than others, but all are concerned with getting a knock.

ESPN baseball analyst Tim Kurkjian includes this anecdote from seven-time MLB All-Star David Wright in his 2017 book, “I’m Fascinated by Sacrifice Flies.” Kurkjian writes, “‘When you’re in a slump, you go to bed at night and you lie there and your mind is racing and you think about everything imaginable: your bat model … your bat size … your pitch selection … how you are wearing your pants,’ said Mets third baseman David Wright. ‘But when you’re going good, you can sleep very well. But on the whole, I would say that most Major League Baseball players don’t sleep well at night. The game is too hard.’”

The game is hard, but freshman infielder Mason David’s bat makes it easier. Rusche says he has used maybe four or five different bats over the course of the season. David’s bat has been his favourite.

“I switched for a weekend because I didn’t like it, and then I missed it, so I went back to it,” Rusche said. “I was like, ‘Man, I kind of miss swinging that bat now.’”

“I kind of just sell (my bat) like a salesman,” David said. “‘This is the bat to use because it rakes. This is the one that’s gonna get you the most hits.’”

As of this writing, Rusche currently leads the team in doubles (19) and is tied for the team lead in triples (2). His current batting average is .314.

David, in his first season at Taylor, has logged 27 games started already this season and is top–ten on the team in most major statistical categories.

Before he suited up for high school games at Bloomington South, David would go to Subway and get a Chicken Bacon Ranch. The chips had to be jalapeno. The drink had to be water. No exceptions.

While he still constantly watches over his bat (he likes to take it with him back to the locker area instead of just leaving it in the dugout), David admits that he’s mellowed out since high school in terms of the superstitions.

“Most superstitions I’ve strayed away from, just because I know that’s not determinant on how I play,” David said.

The baseball sinks, curves, splits and comes in fast. If a Subway sandwich — even if it’s all in his head — gives a player more control over the world’s hardest game, you better believe he’s going to take it.

After all, anything for a hit. 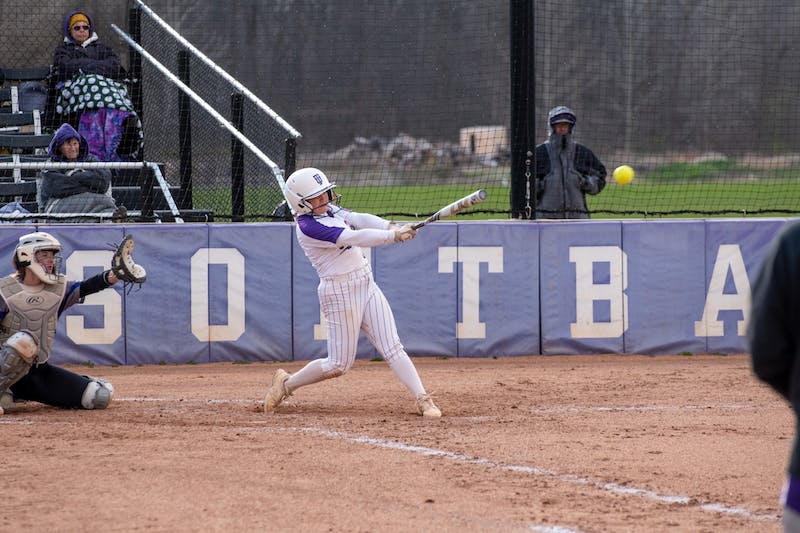