The Apartments are dorms too

A different version of community

The on-campus Apartments, Campbell and Wolgemuth, are often lovingly (or maybe not-so-lovingly) referred to as the “Campus Retirement Homes.”

The nickname conjures up sad images of seniors sitting on tattered couches in low-lit rooms, silently cranking out assignment after assignment, surviving solely on ramen and Greek’s Pizza leftovers and waiting out their final days … until graduation, of course.

Sounds of Samuel Morris shenanigans echo in the distance and Olson beach bashes are fading memories. Campus cats flock to their doorsteps and remind the residents that they aren’t as young and fun as they used to be.

Though the ramen part may be valid, and campus cats really do prefer the far north side of campus, there’s truly more than meets the eye when it comes to living outside the dorms for your senior year.

Senior Emily Bez moved to Wolgemuth Hall from the fourth floor of Bergwall because of her student teaching job the first semester of her senior year. However, the opportunity to curate a space that felt more like home was an even bigger draw.

“I like having a “home base” because the apartment feels way more like home than the dorms ever did,” Bez said. “I loved living in the dorms, but the transition to the apartment was a great step to prepare for life beyond Taylor.”

With full kitchens and non-communal showers, the Apartments trade the type of community that the Dining Commons and communal showers bring for a certain amount of adult-autonomy.

As a Personnel Assistant in Wolgemuth, I’ve seen first hand the unique culture that the Apartments create.

Though we don’t host frequent pick-a-dates or have a brother or sister floor, our team strives to meet residents where they are, and often with food.

Sometimes, this involves reverse trick-or-treating to bring treats to our residents’ doors; in other instances, an Easter-egg hunt and brunch or trivia night with snacks and prizes brings a community of stressed-out seniors together for a bit of a break.

Wolgemuth Hall Director Shelby Robbins wants campus to know that this type of community still happens in the Apartments.

“We’re fun too!” Robbins said. “I don’t want the rest of campus to (have) the misconception that we’re checked out, that we’re disconnected, detached from campus. I think we are just as much a part of this community, and we want to participate in things on campus. And we want others to participate in the events we put on when it’s open to the rest of campus. We want to be seen in that way. We’re fun too.”

In her two years as Wolgemuth hall director, Robbins has seen the Apartments be undervalued unintentionally by the campus.

Whether through goofy nicknames, assumptions that the Apartments don’t want to participate in campus-events, or poster advertisements devoid from our walls, it is clear there is campus misperception about the desire for community still present in Wolgemuth and Campbell.

Bez said that the biggest shift in living out of the dorms is the community and intentionality with others.

“You have to be a lot more intentional to find community and spend time with friends by working around schedules, not just popping into their dorm room down the hall to see if they are there,” Bez said.

While this takes more effort on the part of the 132 people living here, the desire for intentional community remains strong.

It also takes a certain level of intentionality for the rest of campus to reach beyond misperceptions and embrace a different version of community.

“(The staff has) all been passionate about trying to make ourselves more known through events, through social media and things like that, and I think it’s improved this year,” Robbins said. “Just since we’re on the North side of campus and we’re seniors and about to graduate and not living in the residence halls, we’re still part of campus and still part of the community.”

Follow the Apartments on Instagram @tuapartments to learn more about the real community we have to offer. 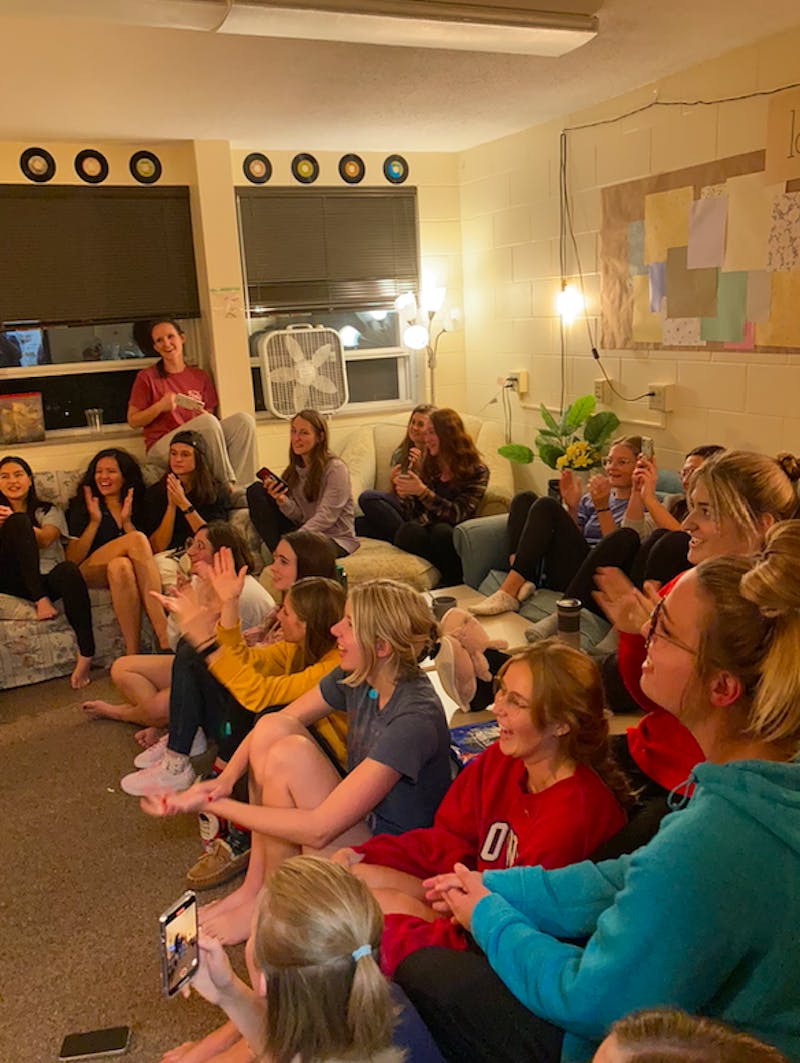