With the end of the 2021-22 school year soon approaching, Taylor’s Student Senate announced plans to reconstruct their organization for next year.

Junior Kenley Blake will be 2022-23 student body president and junior Josue Villalobos was voted as vice president. They were both elected by the Taylor student body for these positions.

In the past, student body vice presidents have also taken the roles of Senate chair. Over the years, they have often found themselves getting spread too thin.

Although an interview process has replaced elections for student senators over the past couple of years due to COVID, the election process has returned this year.

“What we’ve decided to do is separate that role of Senate chair from the VP and hire a different person within Senate,” current Student Body Vice President and senior Jorge Martinez de Santiago said.

Not only would this lighten the load of work for the president and VP, but it would also add a new perspective and more experience. The Senate chair is required to have been on Senate for at least one year prior to gaining this position. With their experience, they will understand how the Senate is run and can help show the new president and vice president the ropes of the position.

Although Blake and Villalobos are voted on by students, they actually had the opportunity to choose who they wanted as their Senate chair. Once they got elected for next year, they met with and considered multiple people to be Senate chair before ultimately deciding on who would be perfect for the position.

Siwon Heo, current sophomore, is currently in Senate and will be the 2022-23 school year Senate chair.

“She’s already been sitting for one year and she knows how things go … she can take everything and make it even better,” Martinez de Santiago said about Heo.

Within the senate, there are four subcommittees. These subcommittees include student health, facilities/maintenance, athletics/academics and social issues/diversity.

Each subcommittee currently has two to four people in them, which makes for 13 people total on Student Senate. They have appreciated the closeness of the small community, but do find their work to be a lot at times. With this in mind, they plan to have at least 4 members in each subcommittee next year.

“We are keeping it small but not too small to have that diversity, because we want to cover a lot of bases,” Martinez de Santiago said.

Martinez de Santiago emphasized the importance of having and understanding different perspectives from students. Senate is currently represented by multiple ethnicities, student athletes, students with different majors and students from all different walks of life. Not only this, but the students in Senate also intentionally talk and listen to opinions from their peers.

Going into next year, Senate is excited to continue projects they had this year as well as start more projects. One focus they are hoping to continue is putting more lights out across campus so that people feel safer walking at night.

“Things take time, and so what’s great is that some of the projects they’re still working on will be able to go into next year,” Martinez de Santiago said.

With the majority of students in Senate being freshman and sophomores, the group is excited about what the future could look like.

Taylor Student Outreach, which includes Senate, recently made videos describing what Senate, TSO and ICC are. They hope that through these videos, Senate will be amplified to more students and interest from freshmen will continue to rise.

For any questions or comments, Senate can be reached at talktosenate@taylor.edu. 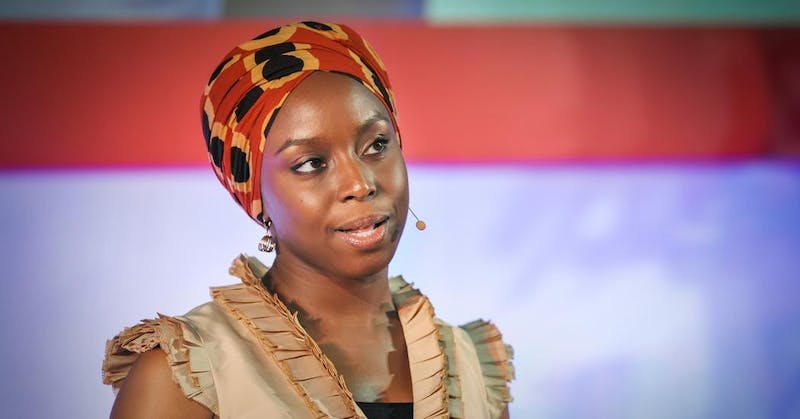 The self-fulfilling prophecy of a single story