By Danielle Pritchard
Taylor Theatre will hold its opening performance of “Annie” in Mitchell Theatre on April 29. (Photography provided by Taylor Theatre)

Taylor Theatre will be performing “Annie” alongside young community members, conveying the importance of positivity in the midst of darkness.

This will be the final performance by the Theatre this school year, presented from April 29-May 1, and the next weekend, May 6-8. The Friday and Saturday showings are at 7:30 p.m. with a matinee on both Sundays at 2 p.m.

The play’s cast is one of the largest in Taylor Theatre’s recent history with ensembles typical to Broadway supporting almost every sequence. Audience members can look forward to fully choreographed sequences, once again instructed by Jennifer Wolcott, a Taylor alumna (’08).

Sophomore James Eibel, acting in his first full-length performance, found Wolcott and the other directors made rehearsal a learning environment for the cast.

“Wolcott is an excellent teacher, she’s easy to talk to, down to earth,” Eibel said. “We have amazing directors working with us, I have learned so much.”

Being such a large-scale production with such a significant range in age allows the typical Taylor cast to interact with younger children as co-stars.

Some found that the community youth were the source of a lot of the casts’ joy, unburdened by college stress and excited to join older cast members.

“They are sunshine,” Eibel said. “In the story and on stage, they helped us continue smiling even in the dismal.”

“It’s been a blast,” Jones said. “I have really liked getting to know the kids, and since I’m (playing) an orphan, I get to interact with them a lot more than most of the cast, and it’s been fun.”

While its junior version is a staple for young actors performing for their middle school peers, the original “Annie” musical carries an optimistic message for a more mature audience. Those working with Taylor Theatre have not let their ages interrupt the content of their performances.

“(The young actors) take what they’re doing very seriously,” Eibel said. “At a collegiate level you expect a certain level of quality and seriousness, and those kids have definitely taken that on.”

Based upon a much older poem, “Little Orphan Annie” written by James Whitcomb Riley, the girl herself first appeared with her caretaker Warbucks and dog Sandy in a series of comics begun in the 1920s. Intended for adult readers, the narrative was primarily political, acting as a social commentary for almost a century before it was canceled in 2010.

As a popular comic and character, “Annie” took on many revolutions in medium but preserved Annie’s upbeat outlook despite her circumstances. Most recreations of her story place her in New York during the Great Depression, which is when the comic was most influential, encouraging others to put on a smile.

Taylor Theatre will be taking up “Annie” as their second musical this year. For both Eibel and Jones, this was the first. While Jones was familiar with “Annie” prior, she was unaware of how heavy the material was.

“I get into the story and I’m putting myself in the shoes of an orphan in the 1930s and it’s painful and hopeless,” Jones said. “This show is so much about tomorrow and hope, but in the midst of such despair.”

The Broadway rendition, first performed in 1977, preceded the film and television adaptations, establishing the iconic track still remembered today. The music and lyrics, written by Charles Strouse and Martin Charnin respectively, are iconic and supported by a range of age groups.

Despite the setting of the show, an uplifting message is ultimately preserved. Jones saw a connection between Christian living and Annie’s goal. Paul remaining joyful in his letters to the Philippians, despite being trapped in prison, is reflected by the orphans in “Annie” who continue to celebrate, retaining their joy despite hardship.

“It’s really interesting to see Annie’s optimism in the midst of all the brokenness around her,” Jones said. “There’s a lot more to it than just smile, darn ya’, smile.” 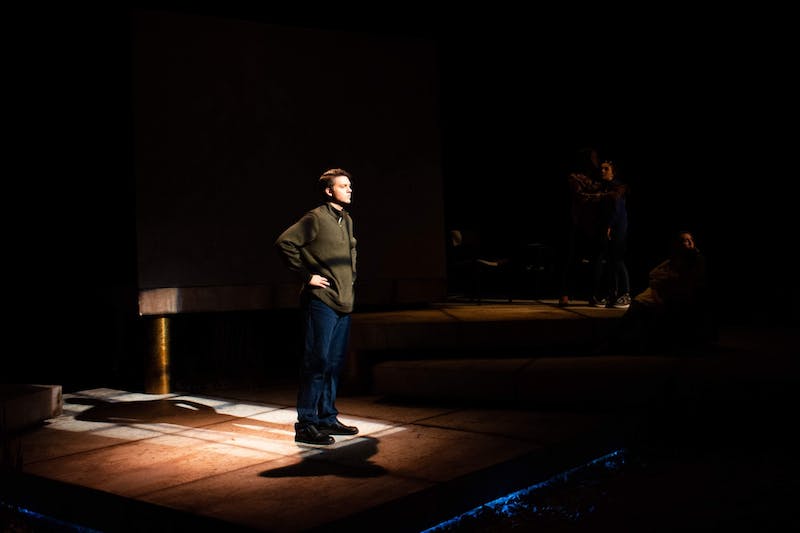 Steven Day influences peers on and off stage