“Where are you from?”

This question, frequently asked of Asian-American individuals, has less to do with geographical locations than it does ethnic identities.

Nate Chu, the director of international student programs, laughs when asked about his heritage.

Chu, who holds a U.S. passport, was raised in Kenya by Chinese parents while attending both American and British schools.

This question is equally complex for senior Grace Meharg, whose mom is from South Korea and whose dad is from New Jersey. Meharg views herself as a mosaic: a messy mixture of Korean and American influence whose comfort foods include both dinosaur chicken nuggets and Korean dumplings.

Junior Katie Ito recognizes that identity extends far beyond ethnicity, encompassing her roles as a student, sister, daughter and Christian. This question to her is a reminder that first impressions are often linked to outward appearances.

“My everyday is more influenced by what I look like than I originally think it is,” Ito said.

“Where are you from?” and questions like this assume that each of these individuals has fully assessed his or her narrative and prepared well-thought-out answers for curious passers-by.

But for Chu, Meharg, Ito and countless others belonging to the Asian-American community, narratives are not clear-cut and answers are often in the process of being formed. The complexity cuts deeper than ethnic origins and takes a lifetime to navigate.

Reflecting on his own journey, Chu admits that he did not realize how unique his childhood was until his daughters were born. He struggles not only with the tension of cultures intersecting in his own life, but also with the reality his daughters face as bi-racial individuals living in a predominantly white community.

“What does it mean for them to be half-Chinese, half-white in a white community? How do I help them navigate both sides of their makeup?” Chu said. “We live here, so it’s easy for them to see the white side (of their heritage), but they also recognize that they look different in school.”

Meharg wrestles with the realization that there is rarely a space in which she is the majority. This is made more complicated by the pressure she feels to identify with one of the two cultures present in her life, or to move seamlessly between the two. These expectations make it difficult for Meharg to discern what it means to exist in the in-between.

Ito’s questions surrounding her heritage can be traced back to the elementary lunch table, where her stir-fried noodles with shrimp and fish sauce stood in stark contrast to her peers’ PB&J sandwiches. For Ito, those moments introduced an element of sadness into her story — a theme of feeling less than or second-rate to friends or peers who fit into stereotypical white standards of what it means to be accepted, beautiful, “American.”

“(I thought), ‘Why do I feel like I want to eat lunch by myself because I don’t want the smells of my food to bother you?’ (I was) already apologizing for the space that I was taking up with my food, with how I looked and all of those external features of my race and heritage,” Ito said. “I had this internalized shame about being Asian and being different.”

Questions and stories surrounding individual identity have been further complicated by stereotypes and barriers surrounding the Asian-American community.

Some of these originate from outside of the community. Meharg experiences this whenever her mathematical skills are attributed to her Asian heritage, or she feels “othered.” Ito encounters this whenever she sees the Asian-American community held up as the “model minority” — a “golden-child mentality” that pits one minority people group against another to the detriment of both.

However, not all barriers originate from outside of the Asian-American community.

Ito describes a “silencing of self” that keeps Asian-Americans from advocating for their community.

“Asian-Americans tend to keep their heads down and not talk about race because they have seen what happens when people do speak up,” Ito said. “And so they’re led to believe that they don’t have to be involved in the conversation if it’s not going to benefit them.”

Chu, born three minutes before his twin brother, has been deeply influenced by another reality within the Asian-American community: the pressure of being “daai go go,” or, “the first older brother,” within his family. For Chu, the responsibilities and obligations of this role have been the hardest part of his Asian heritage.

Nevertheless, despite the half-formed, partially unraveled narratives and the barriers built from both inside and outside of the Asian-American community, there have been breakthroughs in individual stories.

“The word that comes to mind is proud,” Chu said. “I don’t know if I could have said this 20 years ago when I was a student here — not that I was ashamed to be Chinese-American, but I just didn’t know what it meant. I love the fact that my parents are Chinese, I love the fact that I’m American, I love the fact that I grew up in Kenya. While all these factors have made it more complex for me to navigate the world I’m in, (they’ve) also shaped me into who I am today.”

Meharg reinforces this idea when reflecting on her own journey.

“It can be really hard to be mixed and be in between two different worlds, but it’s also really cool to be able to celebrate both parts of myself,” Meharg said.

One of Ito’s biggest breakthroughs arrived in the form of affirmation from a fellow Asian-American woman. This friend noticed a similarity in their features and exclaimed, “Your eyes look like mine!” Her excitement reminded Ito that beauty is not confined to blue eyes and blonde hair, changing the way Ito sees both herself and others.

“So much beauty and sorrow and everything in between. It’s complex — and I love it,” Ito said. “I love being who I am … and that’s a very beautiful place to arrive at.”

Despite the nuanced beauty found within this demographic, interactions with and perceptions of the Asian-American community are frequently marked by overgeneralizations and surface-value assumptions.

As Taylor recognizes Asian History Month, Chu wonders if these generalizations and assumptions are reflected in the community’s celebrations.

“When we say, ‘Yes, we’re going to recognize and celebrate Asians and Asian-Americans,’ do we know what exactly we’re celebrating?” Chu said.

Which narrative is Taylor celebrating? The homogenous one that has been formed by society? Or a more complex narrative that recognizes the representation of individual regions, cultures and stories within Taylor’s community?

“A super basic truth is missed sometimes: there isn’t one story,” Meharg said. “Each person, regardless of what box they check, has their own story, and the story might not always look like what you think it will (look like).”

If Taylor’s view of the Asian-American community lacks the depth and distinction of individual stories, celebrations will be shallow and change will be unremarkable. But it is critical to remember that individual stories are just that: individual.

Space must be made for these stories to be shared — when and if they are offered. Differences do not demand explanation, and no one ever owes another their unique narrative.

“In individual friendships and communities, listen to people’s stories if they choose to share them with you … (but) know you don’t always have the right to someone’s story,” Meharg said.

Which choices will Taylor University make? And how will those choices impact change in the weeks and months ahead? 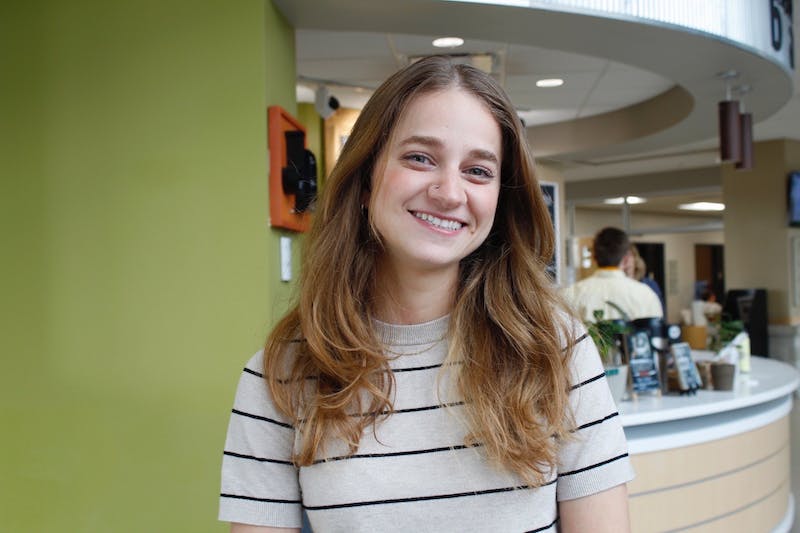 Our View: Why HB1134 could harm classrooms