What it means to be a woman in journalism

If, as the saying goes, journalists write the first rough draft of history, the presence of women is imperative to an accurate retelling.

Although women were rarely acknowledged in newsrooms prior to the late 1970s, when anti-discrimination lawsuits were filed against major media outlets, their influence over the media’s narrative cannot be overlooked.

While men continue to dominate nearly every form of media, women are by no means absent or invisible in journalistic spaces.

According to a WMC Report published in 2019, women comprise 41.7% of the nation’s newsrooms, are general managers for 17.4% of the nation’s AM and FM stations and continue to outnumber their male counterparts in journalism programs at colleges and universities. The statistics may be sobering, and the percentages lower than they should be, but they speak to the reality of women’s presence in the media landscape.

This reality is largely due to the early efforts and influence of pioneering women reporters.

Women like Ida B. Wells, the prominent civil rights activist whose editorial on the lynching of three Black men in 1892 earned recognition from the wider world and from the newsroom. Women like Dorothy Thompson, named in 1939 as the “second most influential woman in America” by Time magazine — second only to Eleanor Roosevelt. Women like Marlene Sanders, the first female television correspondent, the first female anchor on a US network television evening newscast and the first female vice president of ABC News.

On a smaller scale, the influence and importance of early women reporters are evidenced in The Echo’s archives.

From editions in the late 1910s and ‘20s that were entirely published by women, from female-led staff teams to editors in chief, the paper trail proves that even at Taylor, women have played a significant role in shaping the historical and journalistic narrative.

Marjorie Starkweather-Terdal (‘59) was the fourth female editor in chief of The Echo, taking office in 1959.

Starkweather-Terdal spoke about the influence that her own adviser in the English department, Hazel Butz, had on her career in journalism, and the confidence Butz gave her to step into the editorial role.

“I always felt like I was smarter than everybody else in my class and that I knew how to write, how to do those things, and that it was good that I was editor; it gave me a chance to use the things that I knew I could do," Starkweather-Terdal said.

Years later, Starkweather-Terdal lives in a retirement community in Oregon where she edits the residents’ monthly newsletter. She recommends that women in journalism today take the opportunity to gain as much experience as possible in their areas of interest.

While at Taylor, Chrissie Thomspon-Fink (‘08) was a part of a tenacious group of student journalists who worked together to elevate the content and quality of The Echo. When she graduated, she entered politics and automotive reporting in Detroit, an environment where she was often in the minority as a young reporter and as a woman.

Nevertheless, her work always spoke for itself.

Today, Thompson-Fink is the education editor for the USA Today Network and a Pulitzer Prize winner, having worked on a team at The Cincinnati Enquirer that produced groundbreaking reporting about the opioid epidemic. She is also a passionate mother of two children, and balances the demands of parenting and her work with her husband and his work.

“I think it's crucial to have mentors who are women in the field and, if you want to be a mom, working moms in the field,” Thompson-Fink said. “You may find that few women at your church or among your friends understand the unique challenges and demands of the job. But you will find so many women in the field who are generous with their time and honest about their challenges and successes. Don't be afraid to ask for some time with these women. We have to support each other.”

Women like Starkweather-Terdal, Thompson-Fink and so many more who came before and followed after, have amplified the voice of women in journalism and reminded readers of its value.

And the value of women’s voices in the media cannot be minimized, because although it has already been mentioned once, it must be mentioned again — women’s voices are vital to the historical narratives that are being spun every moment in reporting.

Without their voices, these narratives will fail to be either well-rounded or accurate.

Reflecting on ways in which the news industry has historically been framed by men for men, Russell believes women have the potential to change how the news is presented, perceived and understood.

“As a woman in journalism, I reach out to different sources than my male colleague would, or I approach storytelling from a different place with a contrasting background,” Russell said. “My different application affects the framing of news and gives fresh insight into the American fabric.”

Today, The Echo staff is largely composed of women — women with different passions, talents and interests in journalism that create a drastically different paper than what was produced fifty years ago.

These women play a significant role in writing the most recent chapters of Taylor University’s history. Their efforts cannot be overlooked, as they carry a legacy passed on from generations of women journalists before, and do their best to open new doors for the ones who will follow after.

Gabby Carlson (‘19) was co-editor in chief of The Echo alongside Chrysa Keenon (‘19) from 2018-2019. Carlson encourages women in journalism today to learn from this ongoing legacy and to expand on it.

“Look up to the women leading around you and mimic how they conduct themselves,” Carlson said. “Work really hard and your future possibilities are endless.”

The Echo’s current co-editor in chief, senior Holly Gaskill, has come to appreciate the part she plays in advancing the legacy of women in journalism.

Although this responsibility carries with it numerous challenges, Gaskill has found it to be a worthwhile pursuit.

“There were times where people — oftentimes to my face — questioned whether or not I was strong enough to handle certain types of stories, lead a staff and more,” Gaskill said. “I could've let that deter or discourage me, but this is something I really love, and I think it's worth fighting for. Now, I get to take part of this greater story of women breaking the glass ceiling, uncovering injustices and shaping history. It's an incredible honor.” 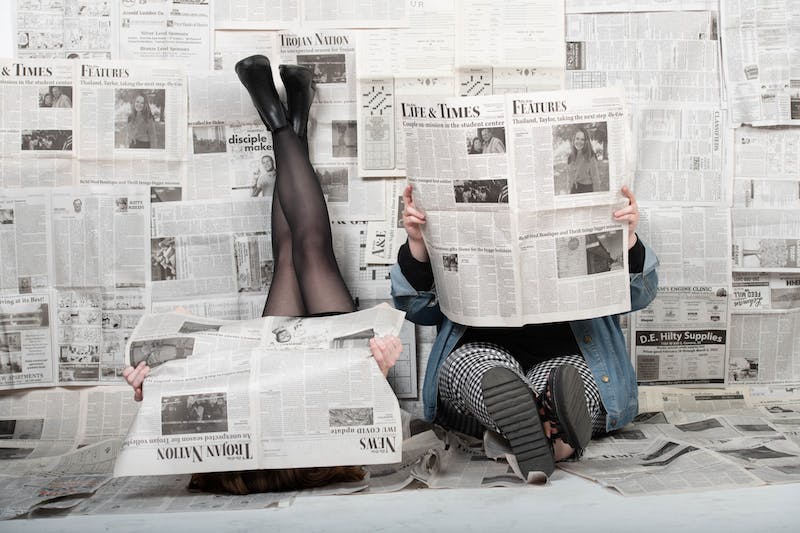 Ambition and talent, as well as beauty 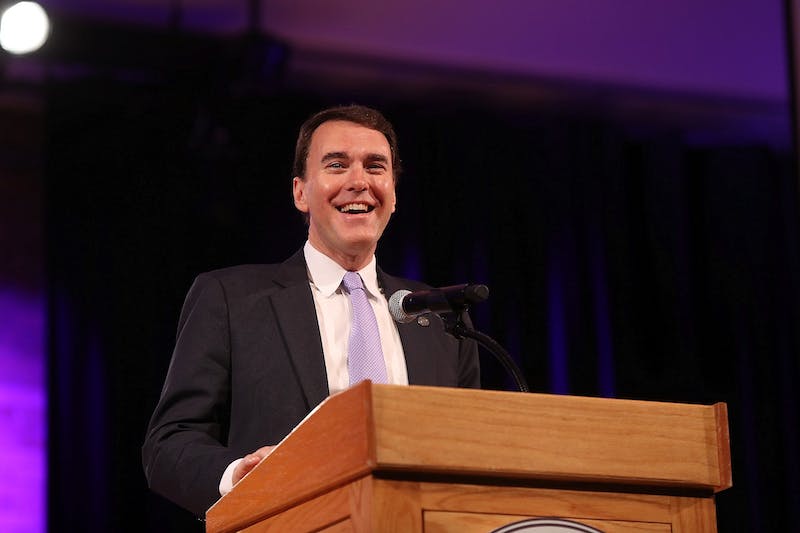