On Oct. 20, Marvin Bittinger shared his love for math with Taylor students. His math textbooks are widely popular and read by many at Taylor and around the world.

Bittinger’s path to becoming an accomplished mathematician was not an easy one. 10 days after birth, his mother passed away and he was raised by his grandmother.

This circumstance caused him to be exposed to new and different ideas. There were two things he loved about his grandmother: she always read the Bible to him and she said he must attend college. This, partnered with the role models he found in his uncles who were engineers, led him to want to pursue something similar.

However, he was not a straight A student in high school.

He realized she was right and would later put this advice in his book.

Bittinger then went to college for mathematics with his mind still set on engineering. This was his plan from the start, and yet he could not understand why his grades were average in chemistry and physics. When he realized that science was not his natural bend, he committed to the path of math and switched majors.

This season revealed to him that he did not have to be a minister to spread the Gospel; he could teach math. He was able to intersect faith, learning and service by seeking to be excellent in all areas.

Marvin finished his undergraduate program with goals to study mathematics and attended Ohio State University (OSU) for graduate school. His time at OSU was not what he expected.

He experienced poor course placement, which only caused him frustration and the 50 other students.

Along with the unfortunate events, there was no math textbook, which sparked Bittinger interest to fulfill a need.

Now married, Bittinger and his wife, Elaine, moved to Laffeyete, Ind. for him to earn his doctorate at Purdue University. He told the Taylor students that Elaine would entertain herself until 10 p.m. at night while he wrote.

“She was the best author’s wife,” he said.

The couple was looking for jobs at Christian schools when God spoke through Elaine, convicting her that they should go to a secular university instead.

“They need a Christian math professor at a secular college more than at a Christian college,” she said.

Shortly after, they settled at Indianapolis University Purdue University (IUPUI) where Bittinger taught and wrote, which he saw as a way to to serve students.

He kept this mindset throughout his career as he transitioned from professor to full-time author.

“I liked his perspective of how he cared more about his students and being there to serve them versus just being there as a math teacher to get paid,” King said.

Director of Scholarships Michael Mortenson was excited about the opportunity for Bittinger to speak on campus.

“I think the important thing about his lecture today is that, as successful as he’s been, he still is so free to share that you are going to have bumps in the road,” Mortenson said. “I hope that gave students encouragement to try and see what God can do even through your weakness. You never know, God may use that roadblock to open up an opportunity.”

Though Bittinger never saw himself as becoming an author of math textbooks, he has now sold over 13 million copies and is able to share his love for math in classrooms all over the world.

Bittinger may be retired now but continues learning. His advice to the Taylor college classroom was simple: “don’t retire, rewire.” 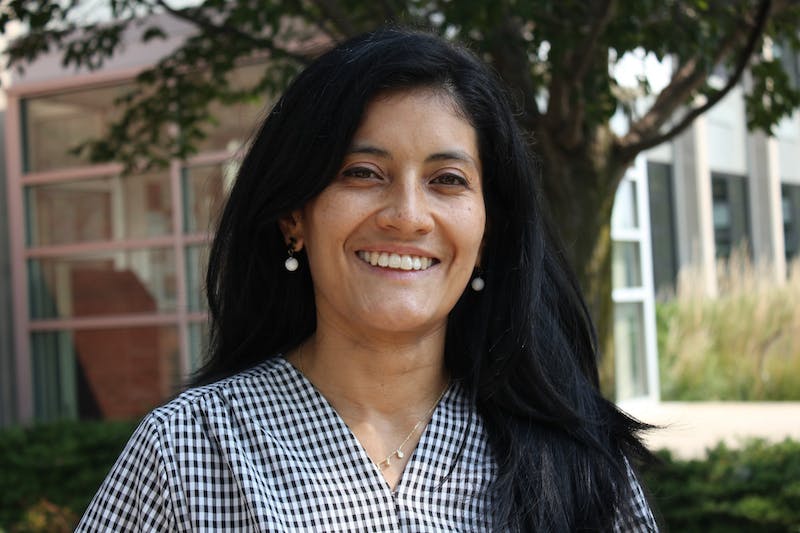