Behind the creation of Friesen’s music

Freshman Josiah Friesen is a music composition major at Taylor.

He relaxes in the library chair. His hair is pulled half-up at the back of his head, casual like his shorts and t-shirt. His eyes are open wide, and his voice is quiet.

That is how freshman Josiah Friesen remained — not a single tense muscle.

Friesen is pursuing a degree in music composition after winning several competitions in high school.

He earned an honorable mention during his junior year of high school in a regional competition by the Music Teachers National Association. The following year, he won first place in the vocal ensemble category of the Illinois Music Educators Association Festival.

“The idea was just to build up a lot of tension over the course of the piece and then have one chord where all the tension releases, and then for a little bit, you have music with no tension,” Friesen said.

“Release” is a musical argument between the instruments.

At the climax of the piece, all three instruments play uncoordinated melodies. Then, they suddenly play in unison.

“It was sort of an exercise in control but also in the expression of emotion, because this was written in like, November 2020, and so I’d only recently had any social contact,” Friesen said.

He found it challenging to avoid a plodding feeling in the piece. After talking with his teacher, Friesen replaced the blocked chords in the piano part with different rhythms. He said he noticed an instant improvement.

Friesen won the local level of the competition and received feedback.

He explained how the judges’ feedback taught him that a piece of music is always being revised.

“It doesn’t just spring from your head onto the page, and you’ve written it down once and now it’s there,” Friesen said. “That’s something I’ve been learning more and more.”

His second piece is a choral work titled “Litany Against Fear.” Its text comes from Friesen’s favorite book, “Dune,” a science fiction novel by Frank Herbert.

He entered the piece into the Illinois Music Educators Association Festival along with four other pieces, and it won first place.

Friesen’s composition teacher was studying lyrics with him at the time he composed the piece. His teacher instructed him to speak the text repeatedly, getting more rhythmic each time.

“After a certain amount of time, I just went to a piece of paper and I just wrote down the rhythm that I was speaking,” Friesen said.

Because of his unusual method, the rhythms in the piece are unconventional, Friesen said. He used mostly triplets and wrote the piece in 5/4 time.

Friesen hoped to create the feel of water throughout the piece, representing themes in “Dune.”

He researched instrumentation that would fit the feel of the book. Friesen chose instruments that would contribute to the sense of water, including a water drum, kalimba, rain stick and guitar.

A general theme in his music is a melancholy feeling.

He said that society feels emotionally polarized: “We feel like you either have to be very happy, or you have to be very sad. And you’re either, like, a healthy human being, or you’re clinically depressed.”

His music explores the “gray area” between emotional extremes, Friesen said. For example, “Release” ends with a chord containing a seventh, an inconclusive additional note — a rare practice for this style of music.

His other works explore emotional “gray area” as well.

In Friesen’s most recent composition, an elegy for his dog, he avoids the most conclusive chord progression.

“I think that the V-I is too final for a piece about grief,” Friesen said, referring to a common chord progression.

His writing process is focused on authenticity. After completing a composition, he asks himself if he has expressed his own emotions.

“That was something that I’ve been working through — trying to figure out how to accurately represent emotions and have somebody else be able to understand them without being cliché. And while they are still my emotions,” Friesen said.

He is continuing his study of music composition at Taylor University in hopes of developing and assessing his talent. 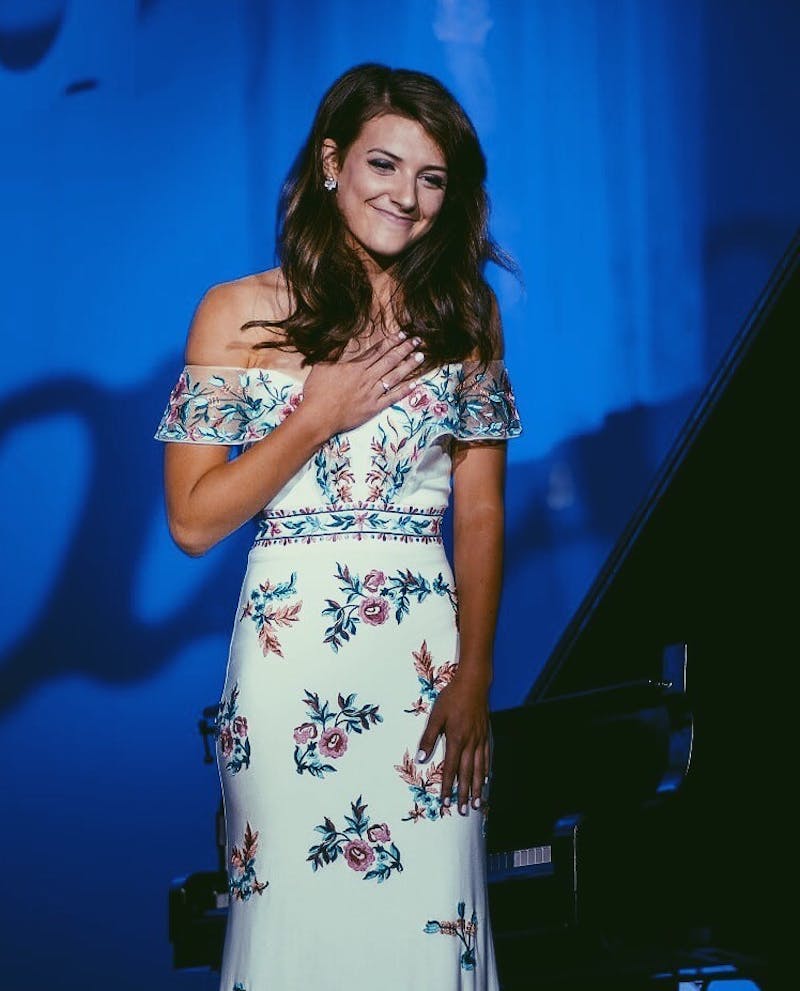