By Kyla Russell
Alexei Navalny in a sea of protestors.

Every day that is lived holds nuance. With every person living their own version of each day, diverging experiences surface.

Oftentimes, there is a gap between students' experience and those living abroad. Here, read three international experiences happening right now that you may not know of.

A Famine in Tigray, Ethiopia.

On Nov. 4, 2020 fighting broke out in northern Ethiopia in the region of Tigray. The conflict left thousands of people dead and roughly 350,000 others living in famine conditions.

Prior to the war’s beginning last year, the region was considered “food secure” by the Tigray People’s Liberation Front (TPLF). Now, Mark Lowcock, UN Emergency relief coordinator, predicts there will be over 300,000 deaths of children by starvation before the man-made famine ceases.

“Behind these numbers lies a brutal human tragedy,” Alex de Waal, analyst for the BBC said. “Huge numbers of deaths by starvation are unavoidable.”

Although the effects of the conflict are surfacing today, the roots of the issue span several decades.

In 1994, Ethiopia implemented a system in which differing ethnic groups governed the affairs of their respective ten regions across the country. Over time, frustrations over this way of governing became more prominent, leading to a shift in power.

This shift was led by a young man, Abiy Ahmed, to the seat as prime minister in 2018. Ahmed established a new political party, the Prosperity Party, which prioritized a central government. With his power, he removed key Tigrayan government leaders from power.

Tigray’s leaders were not fond of the changes Ahmed made.

When fighting broke out, it divided the state further and left thousands of people in the middle.

To read more or find out what you can do to help, go to theechonews.com for resources.

A Prisoner in Russia

Alexei Navalny is sitting in a Russian prison indefinitely.

Navalny, a critic of Russian President Vladimir Putin, rose to prominence through his blog. He uses his platform to continually call for the removal of Putin. His fierce rhetoric is popular among young Russians.

The heated exchanges between Navalny and Putin continued to escalate between 2010 and 2020.

Then, the conflict became personal. On Aug. 20, 2020, Navalny collapsed on a flight over Siberia and was taken to a hospital in Omsk, Russia and later transferred to a hospital in Berlin, Germany.

“Thereby the unequivocal proof of a chemical nerve warfare agent of the Novichok group was provided,” the report said. “Alexei Navalny was flown from Russia to Berlin for medical treatment on August 22nd with symptoms of poisoning.”

On Oct. 1, Navalny officially accused Putin of poisoning him.

On Dec. 28, Russia issued a warning to Navalny; he was still recovering in a German hospital. The warning prompted him to appear in an office in Moscow the next morning, stating that he would be jailed if he returned after the deadline.

Navalny responded to the warning saying he was still unwell and unable to travel back to Moscow.

A month later, Alexei Navalny flew home to Russia from Germany and was detained minutes after landing in Moscow.

Proceeding several court hearings, Navalny was sentenced to prison for 3.5 years. In the sentencing, a Russian court cited a money laundering case from 2014, detailing that Navalny had disobeyed the terms of his probation.

Navalny said the trial’s goal was to intimidate other Russian dissidents.

"This is how it works — they imprison one man, as a means to intimidate millions of people," Navalny said.

Navalny is currently serving his sentence but is organizing and preparing his followers from inside prison walls.

Earlier this year, the Putin administration labeled Navalny’s political movement as “extremist,” making its members ineligible to run in elections.

On Sept. 17, Russia held an election. United Russia, the ruling party backed by Putin, retained its majority. Navalny’s supporters continue to voice their concern in hopes to bring about change.

A Coup in Guinea

The strike was led by Col. Mamady Doumbouya, head of Guinea's special forces. After the strike, he appeared on local media holding a Guinean flag, announcing the removal of the constitution and the closing of borders.

Doumbouya claims the incursion is not a coup d’etat.

In his speech, he called for a new constitution and stepped out the reasoning behind the desire to transition. Some of these reasons include, “the trampling of citizens' rights, the disrespect for democratic principles, the outrageous politicization of public administration, financial mismanagement, poverty, and endemic corruption.”

Doumbouya called on all Guinean local officials to be present at a meeting that day in the capital.

The lack of stability in Guinea has potentially global effects. The country is a top supplier of necessary sources of aluminum. A change in this supplier status would shift West African geopolitics and economic statuses.

There has been international reaction to the issue. On Sept. 6, the French Foreign Ministry called for the release of Conde. The U.S. State Department said that the attempted coup, “could limit the ability of the United States and Guinea’s other international partners to support the country as it navigates a path toward national unity and a brighter future for the Guinean people.” 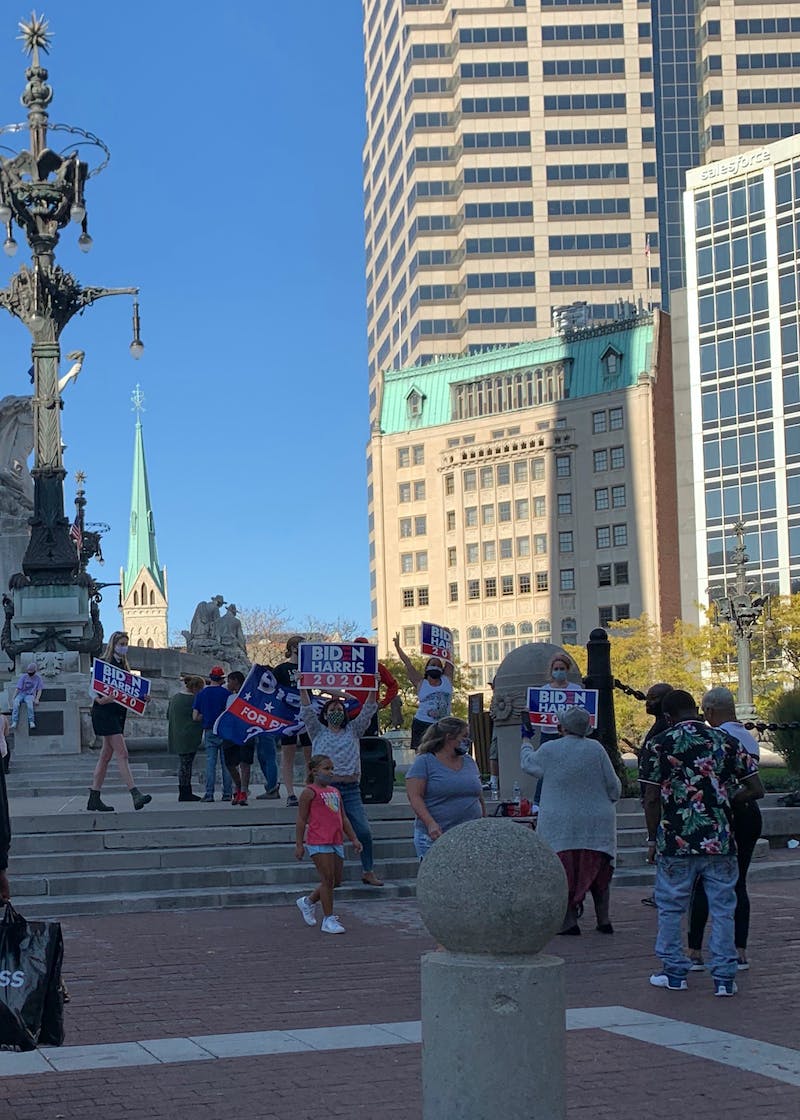