Expectations are to win Crossroads League

Expectations are high for both of Taylor’s golf teams. Anything short of a Crossroads League title would come as a surprise.

You can’t blame them for having such high expectations either. The women’s golf team is currently ranked No. 5 in the nation, also the highest in the Crossroads League. They have won the past three Crossroads League titles.

A Crossroads League title may not be enough for the women’s team though. They are eyeing a national championship. They have only been beaten by four teams this season and have won four of their six tournaments.

“We have the tools, it is how we use those strategically,” senior Maddie Thomas said.

Before March 23, only four teams had defeated the Trojans. Those included two teams that ranked in the top six in NCAA Division II, University of Indianapolis and University of Findlay. The other two are the top two ranked teams in the NAIA: Keiser University and Dalton State.

On March 22-23, the Trojans competed in the Nevel Meade Collegiate tournament with nine NCAA Division I teams and one Division II team. The Trojans placed an impressive seventh, defeating Illinois-Chicago, Bellarmine, Northern Kentucky and the Youngstown State B team. The team was led by Thomas shooting a 227 over three rounds and tying for No. 10 overall individually.

Experience has been key for the women’s team. They have been led all year by a group of four seniors, Taylor French, Nicole Jung, Annie Stimmel and Thomas. French, Jung and Thomas have averaged less than 80 strokes per round this season with Stimmel just above 80 at 80.13.

Despite all the success for the team this year, head coach Cameron Andry says that they have not reached their ultimate potential yet. They will have four tournaments left to reach that potential before playing the Crossroads League Championship on May 3-4.

“We have experience, we have talent, but we just have to find what makes it click,” Andry said.

For the men’s team, inexperience has been a disadvantage. They have competed in six tournaments so far and have won half of them. However, in the other three they have placed poorly. Part of this is because of the stiff competition they have played in those tournaments. For example, at the Brickyard Invitational they played many NCAA Division II teams.

Andry remains confident about their chances to win the Crossroads League though, citing Marian and Indiana Wesleyan as the main competitors to beat. They have yet to play Marian but have had mixed results against Indiana Wesleyan. At the Players Club Invitational to start the season, they defeated them, but recently at the ChampionsGate Invitational, they were defeated by them.

The men’s team has been led by junior Javan Johnson, sophomore Eric Fahlen, sophomore Noah Ross and freshman Adam Kasitz. Both Johnson and Fahlen have claimed individual wins in tournaments this season. Sophomore Drew Pickering has not played in all the tournaments but has posted three top 10 finishes along with Johnson. All five are averaging between 74 and 77 strokes per round.

“Across the board, our top five is really talented, the most talented in the conference,” Johnson said. 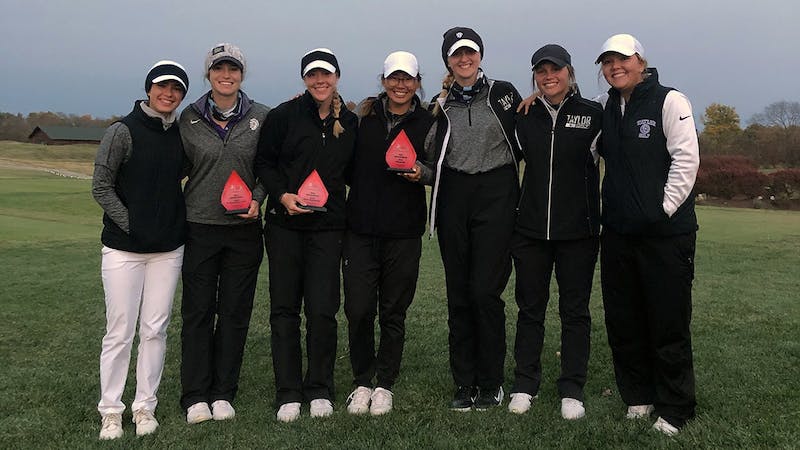 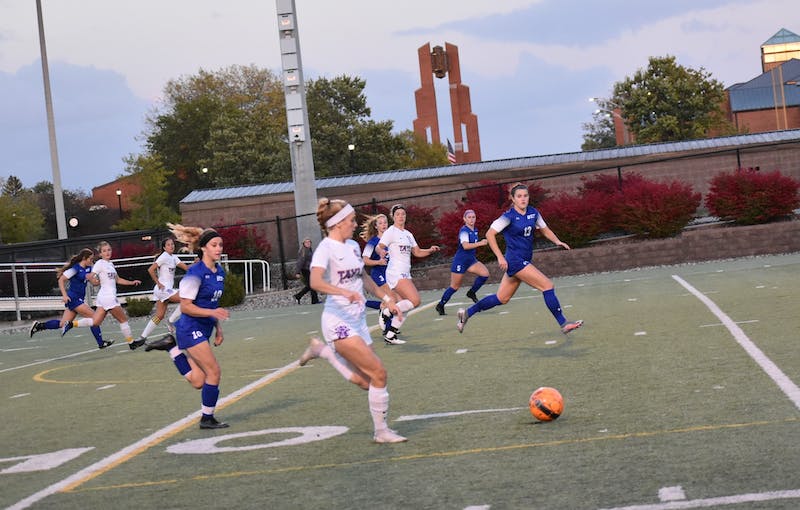