International Coffeehouse: it’s more than just a cup of coffee

International students brewed up a variety of performances for a night filled with talents showcased by many.

Taylor’s International Coffeehouse provided international students and those with diverse backgrounds the opportunity to showcase their talents by embracing their cultures in an intimate setting. This event took place in the LaRita Boren Campus Center on March 12.

“It's a time to shine a light on the international students here and the talents that they have,” said Mariah Hurst, co-president of Taylor’s International Student Society (ISS) organization. “It’s also a time to taste things from across the world and enjoy that together.”

The nine acts that were showcased in International Coffeehouse varied in talent, as students performed spoken word poetry, conducted presentations, sang, or danced. In addition to the talent, International Coffeehouse offered different drinks from around the world, including chai, non-alcoholic Jamaican Ginger Beer, Mexican Hot Chocolate and Bolivian and Columbian coffee. With the exception of the international coffee, all of the beverages were made by Taylor students or staff.

International Coffeehouse is one of ISS’s staple events, as this platform is designed to showcase the different talents of Taylor’s international students.

“Anytime students from different cultures are able to showcase what is unique to them, you get something that is very beautiful,” Hurst said. “They get to reflect things that are personal to them and their culture in a really beautiful way.”

Senior Daniel Korrie danced in International Coffeehouse for his third year, showcasing more modern African dances. Korrie choreographed his dances to three different songs: “Dots” by Dilip, which is a straight beat without lyrics, “My Touch” by Chop Daily and “Quero Danza” by Petit Afro.

In past performances at this event, Korrie has strictly performed freestyle, but this year, he pushed himself beyond his comfort zone.

“I am pushing myself because I want to be able to create something and perform it,” Korrie said.

Another featured talent was junior Carlos Leon. Leon performed two of his original songs written in Spanish, as he believed that International Coffeehouse was the perfect opportunity for him to make a name for himself at Taylor and to share his gift with his peers.

“I’ve been forming myself for two years, so I feel like right now, it’s time to share my music, both on music platforms and through live performance,” Leon said. “If you want to become an artist, you have to perform in front of people and be able to beat those fears.”

Leon performed a song that he wrote with a fellow Taylor student titled “It’s Not Easy,” or in Spanish, “No es Facil,” which refers to the negative effects of long-distance relationships. Although Leon did not write this song out of personal experience, he did his best to capture the suffering of those in his country, Venezuela, after being forced to leave their homes and be separated from their significant others.

The other song that Leon performed is titled “Moment,” or in Spanish, “Momento,” which is about moving on and starting over somewhere new.

“This song is so special to me because I wrote it after coming out of a relationship that lasted for three years,” Leon said. “I wrote it with the intention to say it is time to change. I know my heart is broken, but it's time to look for something else and to let her go.”

Leon said that his lyrics are inspired by personal experiences and the testimonies of others, specifically those from Venezuela. Leon then added that he has two moods that comprise his writing — a sad mood when reflecting on heartbreak, and a romantic mood where he is able to express his feelings of interest. This year, in addition to the secular music he has written, he wants to write music for his Lord and Savior.

International Coffeehouse has proven to be so much more than an inviting environment where students perform the gifts that God has given them. It enhances the natural-born abilities of international students who have the heart to share who they are with those who have not been made aware of what sets them apart. 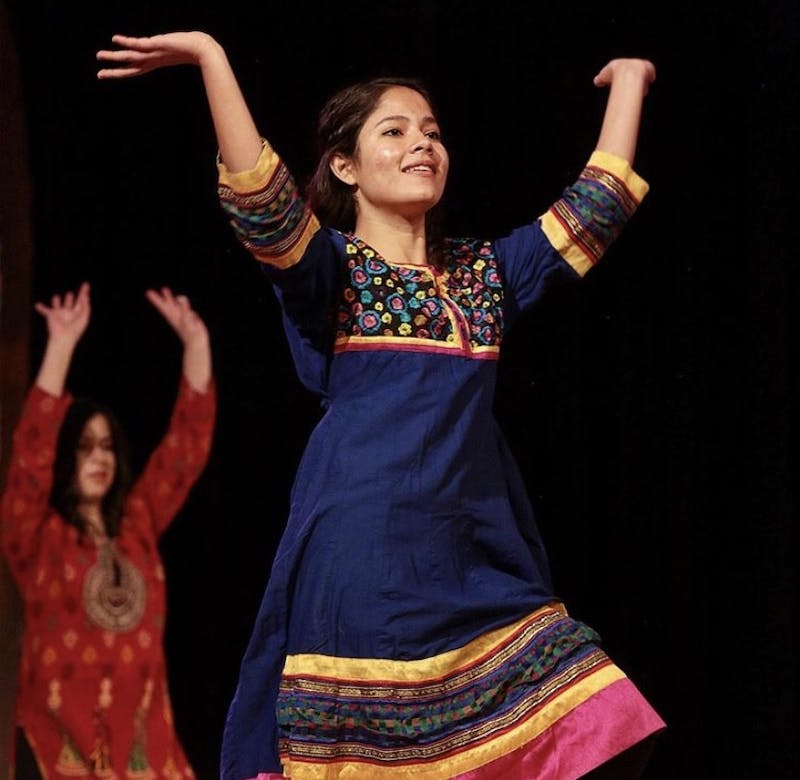