Trojans gearing up for February start

Taylor will kick off their season on Feb. 27 against Marian University

A long-awaited football season approaches for Taylor University, except this time in the spring. Following the cancellation of the 2020 fall season, the end of last summer brought news of a seven-game spring schedule. While this year’s games will only feature Mideast League opponents from the Mid-States Football Association (MSFA,) football is back, and that is all that matters.

On Feb. 27, Taylor will face off in an away game against Marian University. Frigid weather aside, Coach Ron Korfmacher relayed his feelings just two weeks prior to the first game.

“We’re excited,” Korfmacher said. “A few weeks away. It’s been a process that can be compared to no other.”

Korfmacher was making reference to the elephant in the room: the COVID-19 pandemic.

Despite Taylor University housing significantly less students than many state colleges, the COVID-19 safety protocols involving a closely knit and sizable group were not practiced lightly. Korfmacher shed some light on these protocols.

“Primarily we practiced on alternate days throughout the fall,” Korfmacher said. “We did have some meetings on Zoom, but what we did was find locations on campus… where we could spread out.”

Each phase — in offense, defense and special teams — had to practice separately to ensure the least likelihood of close-contact tracing with the COVID-19 virus. The team was able to utilize various athletic training rooms but had to undergo many cleaning procedures before and after to ensure maximum protection from the virus.

Besides adapting to a pandemic atmosphere, Taylor University football hired Jared Boddie as defensive coordinator, a former linebacker coach at Taylor before making a short stint at West Alabama — also as a linebacker coach. Korfmacher regarded this as a “major transition” but claimed the extra time in the fall allowed for an ease into the “X’s and the O’s.”

For management and marketing major Jordan Jackson, this spring season at defensive end has a real significance.

“Honestly blessed to go out there and play and do what we love, especially for my senior year,” Jackson said.

After the past few years of struggle for Taylor’s program, Jackson views this unprecedented season differently.

“As we talked about our freshman year, we really want to bring success to Taylor,” Jackson said. “I feel like this year is a great opportunity to do that.”

This is not without merit, since Coach Korfmacher recognizes his team, especially freshman, have had ample time to find a winning formula.

“Our players’ preparation up to this point, of going out and playing team ball and executing team football,” Korfmacher said, explaining his main goals for his squad.

Senior finance major Zac Saltzgaber, like Jackson, realizes what lies ahead of them and knows it all begins with him as the starting quarterback.

“My goal for myself is to try to be the best leader I can for the team,” Saltzgaber said. “Ultimately, I hope that becomes a team goal. We need to buy in completely.”

While preseason is hardly an indicator for any football team, Coach Korfmacher is entering his 13th year at the helm of Taylor University and knows the MSFA as well as anyone.

The 2021 calendar year will feature up to 25 games, with the postseason included. This loaded schedule could allow for the conference to have a shift in power.

“The league we’re in is a very outstanding league, very demanding league,” Korfmacher said. “There’s a lot of football ahead, and we want to be right in the mix of it.”

Saltzgaber declared he will be returning to Taylor next fall to continue his football career as quarterback with a finance degree, but understands the future is now.

“We’ve been grinding together, and it’s a good opportunity to show to everybody we’re not the same team as the past years,” Saltzgaber said. “Having a winning season is the ultimate goal.”

Jackson will not be returning for an additional year at Taylor, yet with his career coming to a close, he confidently set goals for his farewell tour.

Coach Korfmacher keyed in on what Taylor needs to possess above all else in order to overcome the adversity before them.

“Productive difference makers and leaders,” Korfmacher said. “We look first to our senior class… We have veterans across both sides of the ball. It’ll be exciting to see who emerges.” 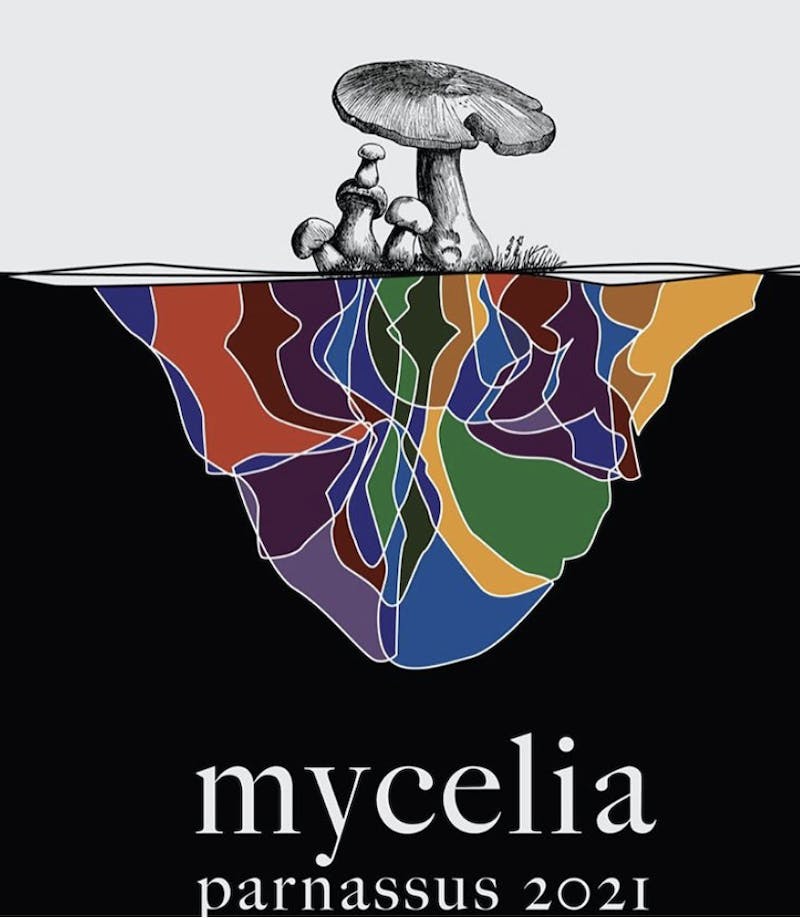 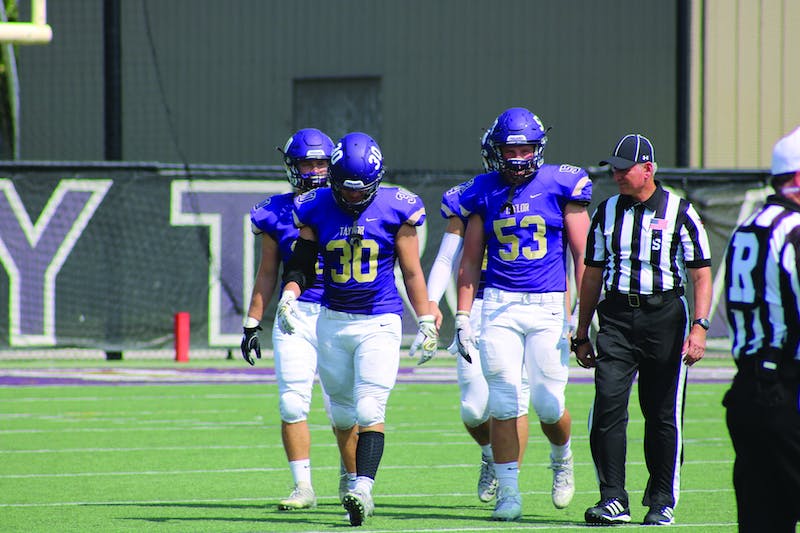