From Speed dating to the altar

By Lilia Snyder
Processed with VSCO with a6 preset

Juniors Ali Clodgo and Clay Vander Kolk knew that God placed them into each other’s lives at the perfect time.

Prior to coming to Taylor, Clodgo had never dated anyone before, but it was not until her soccer team held their speed dating tradition for the underclassmen that she ended up meeting her fiance. Now, have been a part of each other’s lives for approximately two years.

The speed dating was organized around certain humorous tasks such as massaging each other’s calves or sharing what their flirting style was. While the speed dating happened, Clodgo was actually paired up with one of Vander Kolk’s friends, and Vander Kolk ended up with her roommate.

By getting to know each other through soccer and a double date with friends, they realized they had good chemistry and a lot in common. Over time spent together, they each desired to deepen their relationship.

Both Clodgo and Vander Kolk’s love language is quality time, so anytime that they get together, they want to spend strengthening their relationship. They love cooking vegan food, going on walks, and they even have a small thrift business they run together.

Over their time developing a relationship, they decided that they wanted to support each other and spend their lives together, so they got engaged in August.

“I think after just a couple months of, or even maybe a month of dating, we both knew it looked really serious,” said Vander Kolk.

They both understood what marriage meant to them and desired to be in each other’s lives through the thick and thin.

“Just going through something that hard just matures you so much so fast and I feel like it also matured our relationship a lot and made us seriously think about the future,” said Clodgo.

Without having any dating experience in the past, Clodgo never had any expectations going into engagement. It was certainly something she wanted, but she never had anything planned out before. However, she loves the fact that she gets to spend her life with her best friend.

“It’s like, even better in person, you know?” said Clodgo. “It’s just way more fun than I imagined… I always expected like, oh you’re still gonna have butterflies or like be nervous around them because you like them so much, but in reality it’s like your best friend and you just get to like, do life together,” said Clodgo.

To Clodgo and Vander Kolk, their experience with being engaged so far has not felt like a huge shift in their relationship, but to their friends and to people around them, it certainly appears to be a big deal.

As far as wedding planning goes, the pandemic has brought on challenges, since they can only invite so many people, but Clodgo has been enjoying the process.

Ultimately, she has just been enjoying the fact that she is engaged to her best friend.

Since it is Valentine’s day season, not only do they get to celebrate being together, but they also celebrate their engagement and how God has blessed their lives.

“Our tradition was always to go to Arby’s and get a bagel sandwich with a milkshake, now we’re  both vegan, so again, we don’t do that.” said Vander Kolk.

While they do not have specific plans for the special day, they will celebrate it by spending time together. 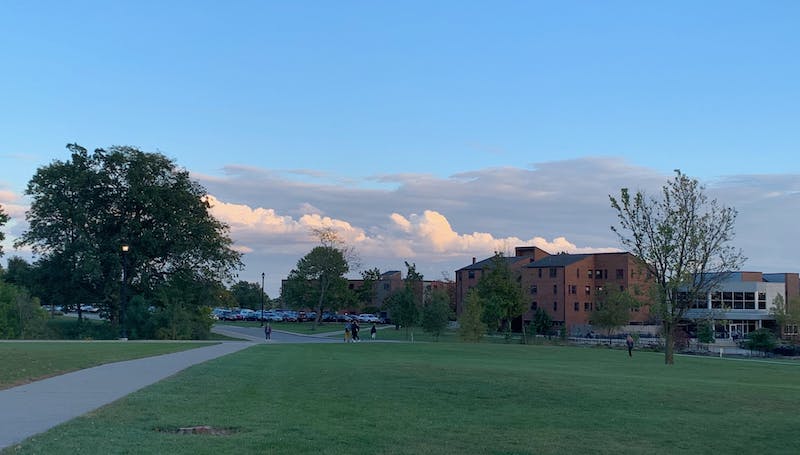 Finding fun in the middle of nowhere 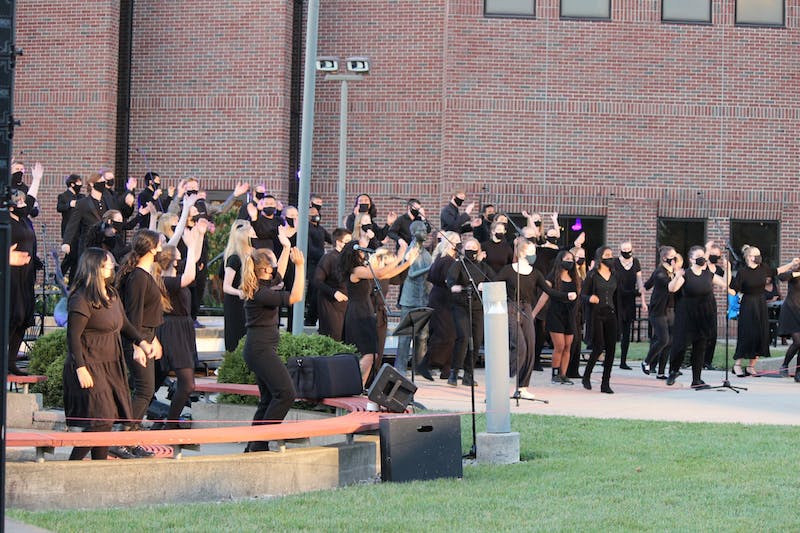