By Conrad Otto
The women’s soccer team wrapped up their regular season with a tie against Indiana Wesleyan.

The Taylor Women’s soccer team’s regular season came to a close in an odd fashion, as they tied with Indiana Wesleyan 0–0 in double overtime in the season finale.

Orme did talk about the foul trouble the lady Trojans got into. The Trojans had 13 fouls to IWU’s 5. TU outshot the Wildcats 16–6 in the second half and overtimes and held the Wildcats to just 13 shots the entire game. Freshman Hannah Brackenbury recorded her fourth shutout of the season.

Junior Linli Tu led all lady Trojans with 6 shots, followed by junior Erin Teevans and Orme with 3. Sophomores Alanna Raikes and Hannah Dempsey along with freshman Emma Goebel each had two shots. TU had 14 shots on goal that didn’t go in.

Dempsey has had a great year. The defender has 3 goals, 17 shots in total with 10 shots on goal. Her impact on the offensive side of the ball has been proved worthy, as she has scored a few times.

“To finally join the attack while being able to get back and help defend our goal...It’s been so fun,” she said. Dempsey primarily played defense in her freshman year, and has been asked to attack more in her sophomore season.

In her freshman year, Dempsey said she played with compartment leg syndrome. This is a condition where there is a lot of pressure buildup that can turn into swelling and compression, often in lower legs. She had this in both legs, and still managed to play. The pain is gone now, and Dempsey said that it has been a freeing feeling to get back on the turf and play.

Dempsey was pleased with the team's effort against Indiana Wesleyan last weekend.

“I think we made (Indiana Wesleyan) fight harder,” Dempsey said.

The lady Trojans schedule was supposed to end with a game against Goshen College, but the game got cancelled because of COVID-19.

Goshen halted play after their Oct. 6 game against Bethel University where they lost 0–1. Before this, Goshen played fairly poor, ending the season on a 1–4 record. Granted, they only played 5 games.

Taylor’s record for the season finished at 7–4–1 and they have a 4–4–0 record in the Crossroads League.

Going into the Crossroads tournament, Orme believes that if they keep practicing the way they are, the team will be on track to do very well in the tournament.

Their first tournament game was against Mount Vernon Nazarene University, on Nov. 7 on Turner Field. 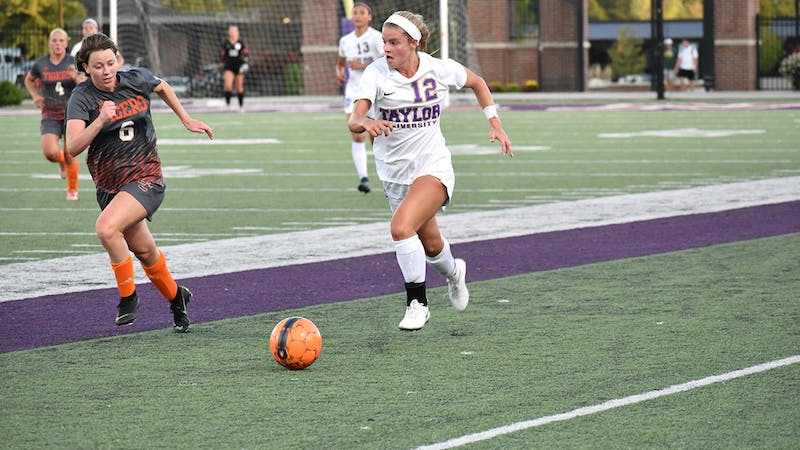 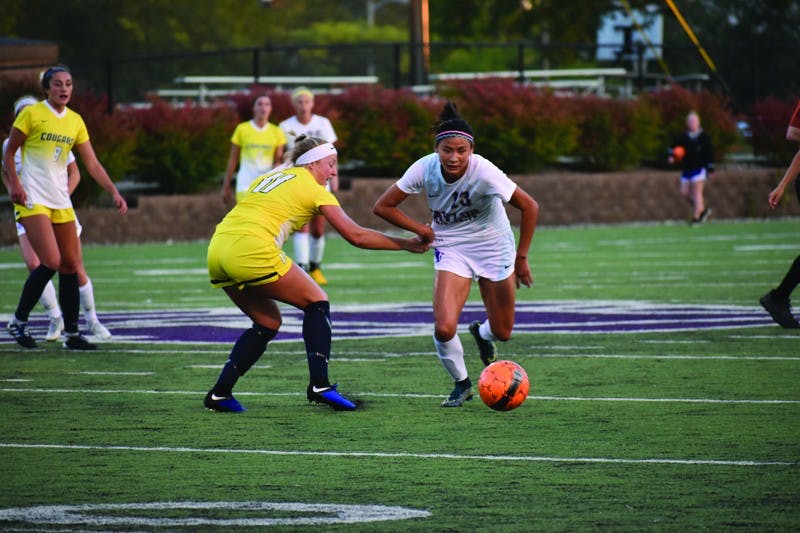