Cam Andry has helped turn Taylor golf into competitors within the NAIA and Crossroads League. (Photograph provided by Taylor Athletics).

It is a beautiful day on the golf course while a coach and player work on her swing. A slight breeze is coming out of the southwest as she fires a ball down the range. Cameron Andry is helping one of his athletes adjust her motion during this afternoon’s practice. Never intending to be a golf coach, Andry is now the head men’s and women’s coach for a small school in the cornfields — Taylor University.

After completing his bachelor’s degree at Ball State University, Andry decided to return one year later to earn his master’s; however, his life would soon take an unforeseen turn. In need of extra money, Andry decided to take a part-time position at Taylor in the sports information department. Soon after, he was offered the position of golf coach.

“I was really excited, but my wife was not excited about the opportunity, so I said, ‘Well, let me try,’” Andry said.

“(Taylor) came to me and said they wanted to start a women’s golf program,” Andry said. “Sounding more like a command than a question I said, ‘Sure, I’ll give it a try.’”

Andry had always wanted to be involved in sports, whether sports broadcasting or coaching, but certainly not teaching. Surprised at the opportunity to be a coach without being a teacher, Andry knew he had to take the position.

At Taylor, athletics is about more than competing, it is a spiritual journey for the players, Andry said. Coaches are required to invest in the lives of the players, encouraging and strengthening them in their walks with Christ.

“I feel like I have the best job in the world,” Andry said. “My favorite part is that I am uniquely positioned in the lives of players to have influence and a voice. They love golf; it is one of their key passions in their life and as their coach in that arena, I have a unique ability to have influence.”

Though the most important piece of his job is to be a guide in the lives of his players, Taylor’s successes on the golf course during Andry’s tenure have been undeniable. Andry is extremely competitive and has recruited some of the best athletes in the NAIA division.

“My goal is to win a national championship,” Andry said.

His players, both men and women, have won a combined four Crossroads Player of the Year awards.

Under Andry’s guidance, the men’s and women’s golf teams have consistently been strong contenders within the Crossroads League and the NAIA. 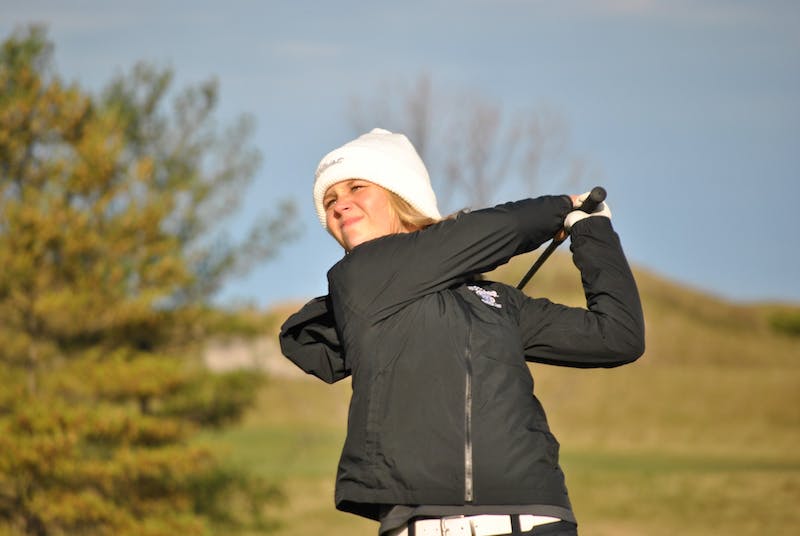