Whether a trip across campus or over the sea, many students came back from J-term with diverse experiences and memories.

For sophomore Baylee Coburn, J-term was the culmination of a dream to go to Uganda. She wrote:

"I was part of the Lighthouse team that went to Gulu, Uganda! My favorite story to tell is that of a young boy named Sonic. One Tuesday afternoon we made our way into a village to meet and interact with a small group of women who had worked together to start and maintain a group savings program. While we were there, one woman asked us if we would pray over her son who they thought was nearing death’s doorstep. We were told that he had been vomiting blood and was too weak to stand. We had the privilege of laying hands on Sonic and praying for him! Had we been in the U.S., we could easily have helped him by simply driving him to a hospital; however, that isn’t a reality for most of the Ugandan population. In this moment of complete surrender and reliance on God, we were blessed enough to experience healing and restoration the way that they do on a daily basis — praying relentlessly and believing beyond the shadow of a doubt that God himself would physically heal the person in front of you. And he did! The next day, Sonic was up and playing with his friends, like every ten-year-old boy should! Thank you, sweet Jesus!”

Sophomore Elizabeth Magallanes also participated in a trip overseas. She wrote about her trip to Central Asia:

“Three weeks in Asia, that felt more like a year because of all that I learned. Central Asia wasn’t your typical mission trip either because we couldn’t openly speak the Gospel at all and so that was really frustrating at times. But I finally understood what we were doing when one of the m-workers described our roles as “the ones plowing the soil so we could plant the seeds” and that’s when I understood that what we were doing was valuable and needed. Part of work included teaching English at several different places which was something super simple for us, but to those people it was HUGE. Building relationships and creating bridges between the m-workers and the students was honestly just so rewarding because we were helping to prepare their hearts for the real transformation later on. I know it sounds super cliché but my experience truly was life-changing for me. No matter how much I explain, give every detail, or show every picture, no one can really understand or truly fathom what we or the people we encountered experienced.”

For others, J-term was an opportunity to explore new courses on campus. Freshman Cooper Wild did exactly that by taking a ceramics course. He wrote:

“I decided to enroll in ceramics because I needed a participation in the arts credit, and I heard that the class was a lot of fun. As someone who never had experience in ceramics, I was worried that I would struggle. However, the class was very well taught, and it was easy to create the required pieces. We made items such as mugs, pencil holders, and bottles. After we created the art pieces, we learned how to properly glaze them in our desired colors. Overall, the class was very enjoyable, and I would highly recommend it to anyone interested.”

"My mindset has never been to hate math by default, but it has seemed that it’s been bent on torturing me for as long as I can remember. I planned to take Math 120 during J-Term to lessen the agony, but, surprisingly enough, the class was — enjoyable. For the next three weeks, my mind was constantly being blown away by the fact that a creative God could make the realm of mathematics as well; a world full of pattern and nearly tangible logic. As God continued to open our eyes to his mathematical genius coupled with Professor of Mathematics Mark Colgan and Assistant Professor of Mathematics Daniel Rodman’s patience and sheer enthusiasm, our motley gang of non-math majors successfully survived a collegiate-level math class!"

From praying for healing to teaching English or from learning to throw clay to seeing God in Math, Taylor students had opportunities as diverse as the lessons they learned. 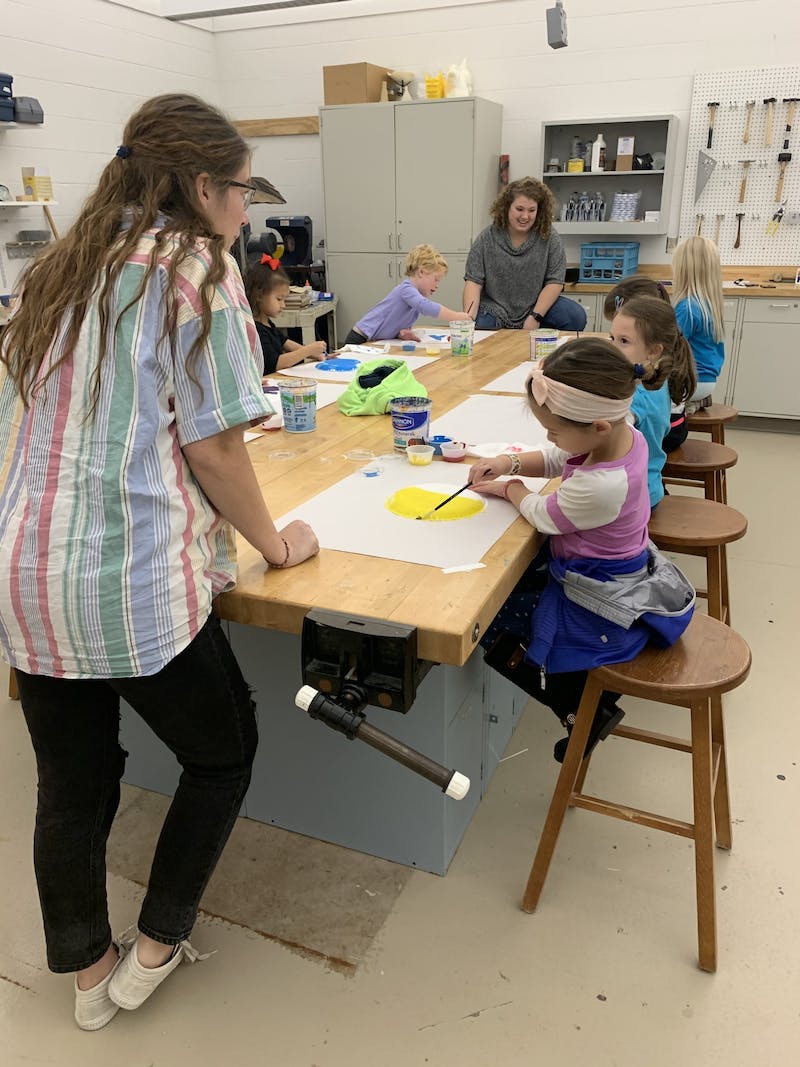