Specifically, she learned Christians do not have to check their convictions at the door.

The conference, held at Wheaton College on Nov. 1–2, showcased this truth by gathering Muslims and Christians for a time of sharing differing beliefs and stories. Twenty-two speakers spoke about various topics, including what Christians are doing well as neighbors and where they fall short.

Zaffiro, who serves as co-president of Taylor Student Organizations (TSO) Global Engagement cabinet, worked logistics for the conference, making sure the speakers were comfortable and everything was as it should be. Although she helped run the conference and was not just an attendee, she still gained an eye-opening experience.

Through the conference, Zaffiro was able to increase her previous knowledge of interfaith friendships by learning how evangelism begins with friendship.

“It is possible to be in a friendship with someone, be fully committed to Jesus, want to evangelize to (your) neighbor and share the love of Christ with them,” Zaffiro said. “But, I do think the best way to do that is through genuine friendship. A lot of the times in evangelicalism, we lead with the good news, and I think there's a beautiful and pure heart behind that. (But) they have no reason to listen to you if you're not friends or in a relationship with them. (Take) the time to get to know them and their religion first.”

At the interfaith conference, the most important aspect was creating an atmosphere of dialogue. Zaffiro said Christians should move past the uncomfortableness of differing religions and work toward meeting the other in the middle.

Zaffiro heard about a male Muslim who told a story about attending a Catholic school. While all his Catholic friends were supportive of his religion, they did not seem to support him or stand by him during Islamic tragedies. Rather, their political outrage would catch fire on topics affecting Christians like the Easter bombings in Sri Lanka, but the spark would die out when it came to the bombing of a mosque.

This caused him to feel alone and not understood.

“I think it's because we as Christians don't really know what to do with Islam all the time and we don't know how to approach the faith or its people in a way that allows us to be allies or friends,” Zaffiro said. “That felt particularly poignant for me as I thought about how do I be a support system to my Muslim neighbors when a mosque gets bombed? When a church gets bombed, it is really easy to be like this is the worst thing that's ever happened. But if an Islamic place of worship gets bombed, what is our role as Christians?”

Many of the speakers such as Shadi Hamid, Luke Goodrich, Kristian Deede Johnson and Anwar Khan touched on different aspects of the Christian faith and how to break local borders and create interfaith dialogue.

For sophomore Grace Christodoss, her expectations were exceeded by both the speakers and the conference itself.

“Going into the conference, I was not entirely sure what to expect,” Christodoss said. “I think I just assumed that it would be the typical talk about how we should love our neighbors and how Muslims ought to be loved by Christians too . . . The conference speakers showed us how to love our Muslim neighbor, but they did this by exposing the way in which we often frame Islam and Muslims. We can love our neighbors by learning about them, helping them in their religious liberty and seeking to understand their religion and views in a respectful way.”

Although the topic of interfaith dialogue is one Zaffiro said many Christians find difficult to discuss, the atmosphere at the conference remained accepting and expectant.

Members from both religions have maintained a posture of hospitality toward one another, which included Christians being invited to a Muslim mosque, Zaffiro said.

Twice a year, the Islamic Center of Wheaton holds an open house where the members allow the public to share in a meal, observe the call to prayer and pray with other Muslims. The hospitality Zaffiro felt was similarly experienced by Christodoss.

The experience of attending the mosque and the conference allowed Zaffiro to understand that religious pluralism — the idea of the diversity of religious belief systems co-existing in society — exists in the world. However, Zaffiro said it is not something Christians should use as an excuse to neglect relationships with members of different religions.

In fact, Zaffiro believes the best way to begin an interfaith dialogue is to stand firm in the belief of Christ’s sovereignty and respect other religions in a way that glorifies God. Then, conversations about differing beliefs can be discussed in a respectful and comfortable way.

According to Christodoss, interfaith communication can be interpreted as the compromising of one’s faith. However, Christodoss found Christians are called to go beyond themselves and love their neighbors.

“We are all made in the image of God and we are called to love everyone — that doesn’t exclude Muslims,” Christodoss said.

Zaffiro believes interfaith dialogue is crucial to not only bettering oneself but also becoming a better friend and follower of Christ. For this reason, Zaffiro hopes an interfaith cabinet will be installed as part of TSO to publicize and create a better atmosphere for interfaith communication, both in and out of the Taylor community.

Religious pluralism is a fact of life Zaffiro believes everyone will have to come to terms with when they leave their religious communities. This includes Christians, which is why Zaffiro thinks it is better to establish relationships now because the longer someone waits, the more opportunities for friendships are lost.

“You don't have to check your own convictions at the door,” Zaffiro said. “I get to fully make known that I love Jesus and I'm a Christian in interfaith dialogue. In fact, it gives the other person space to be fully (committed to) their religion as well. It's not some scary thing where you have to act like a closet-Christian. I think my own faith has been deepened by having interfaith dialogue. It truly does help me show the love of Jesus to my neighbor.” 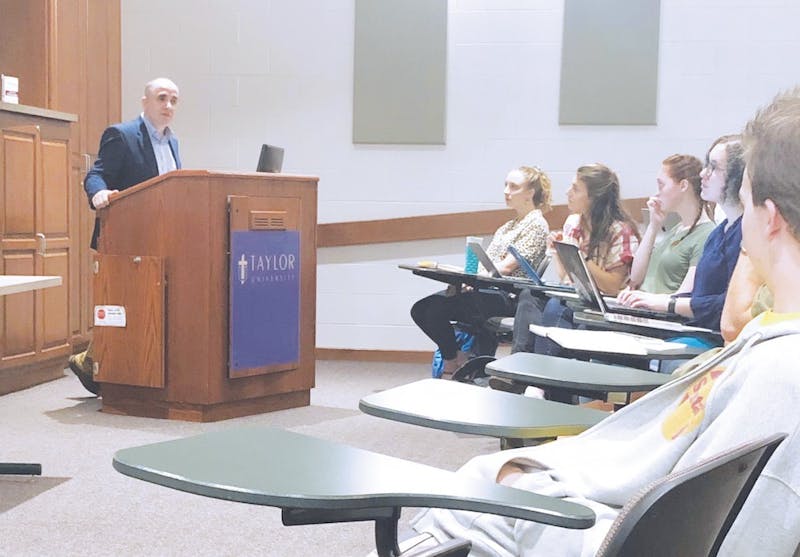 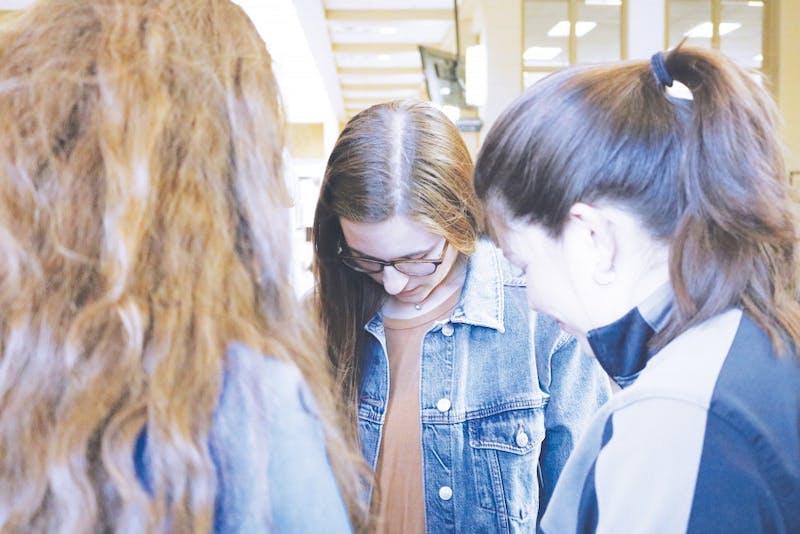