Trojans hold on in second half

One down, a whole season left.

The women’s basketball team began their season with a 56-53 victory against Concordia last Friday to start off 1-0.

The game began with Concordia holding an eight point lead until senior Becca Buchs broke the silence for the Trojans by hitting a three-pointer making the score 8-3.

Since Head Coach Jody Martinez has been here, the Trojans have been one of the top teams in terms of three-pointers. The Trojans made a total of 376 three-pointers last year, which was the fourth most in the NAIA.

According to Martinez, planning for this game was a bit tough due to having two starters out.  Senior Jamie Netzley was injured in a scrimmage game the week before and junior Lauren James is injured and will not play this season. Netzley will be back on the court within the next week.

Taylor put together a strong second quarter, as Deckard and senior Abby Buchs combined for 16 points. All together, Taylor outscored Concordia 21-6 in the second quarter, and ended the first half with a 32-19 lead.

The Cardinals began making a comeback by scoring 18 points during the third quarter while the Trojans only scored six — blowing their 15-point lead scored during the previous quarter.  At the end of the third period, the score was 38-37.

Martinez said for him, this was the worst part of the entire game.

The two teams continued to go head to head during the fourth quarter, as the Trojans held a tight lead of 54-51 with a minute left.

After Concordia’s Tris’styn Williams made two free throws with only 31 seconds left, Taylor gained possession of the ball and with the last shot of the game, senior Sydney Huffman scored two points to push the lead to three.

Reflecting on last Friday’s game, Deckard said the team had not really had a feel for each other, and they were still figuring things out.

“There were various loose balls we didn’t get to. Also effort plays that we usually pride ourselves on we didn’t perform as well as we should have,” Abby Buchs said.

Martinez said the team did really well in the half court but needed to work on playing both half and full court. He also noted that the team had made some mental mistakes.

This game gave the Trojans some things to work on in time for their game today.

The Trojans will take on Cornerstone at 3:30 p.m. in Odle arena for their second game of the season. 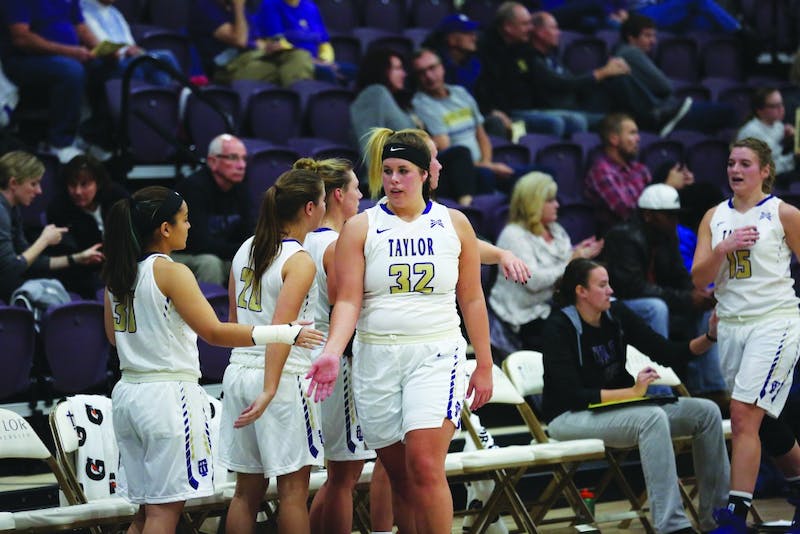 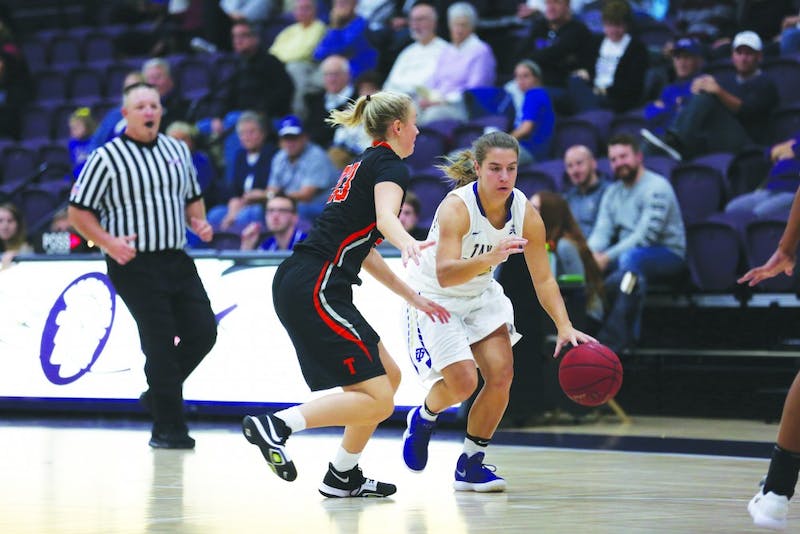