Group performs music from around the world

The Exploration of Global Music Ensemble practices for their first concert.

On Saturday, Nov. 16, the Exploration of Global Music Ensemble will have their first concert, “A Feast of World Music.”

Associate Professor of Music Eva Kwan started the Global Music Ensemble this semester. It includes a variety of instruments and vocals, taking musical styles from around the world.

“Taylor University has always encouraged students to be global and globally engaged,” Kwan said. “We would like students to know about music and cultures, not just from the West or where we are comfortable, like in the U.S. or even European tradition.”

The ensemble was started because music department faculty felt it was time for a culturally diverse musical group. While bigger universities might have individual ensembles for different cultures, the Global Music Ensemble reflects the cultures of the students who sign up.

For freshman Zam Muan, a Burmese student, the ensemble was a welcoming experience. He sings and plays a wind instrument called the ocarina.

Sophomore Nay Mi Chele-Rhengboi, who is also Burmese, was formerly in the Adoration Chorus. After the group was cut, Kwan suggested she join the Global Music Ensemble instead.

Chele-Rhengboi enjoys helping others understand her culture. She also likes learning about other cultures through music.

“Southeast Asia is basically my home, so I could put in the music that I really like, which is Burmese music, into the ensemble,” Chele-Rhengboi said. “It’s a really good way to share who I am as a student.”

Muan and Chele-Rhengboi appreciate Kwan’s openness. While Kwan had some ideas for music she wanted to use, she also listened to students’ input and chose music based on their backgrounds.

The Global Music Ensemble first performed in chapel on Friday, Nov. 15, but “A Feast of World Music” will be their first official performance.

The concert will include music from India, Indonesia, China and Myanmar. It will also feature guest artist Ling Shi, a Chinese musician who plays the pipa, a plucked string instrument also known as the Chinese lute.

Kwan will also teach a J-Term class called music and world cultures. There will be a concert at the end of the course which will also feature guest artists from around the world. 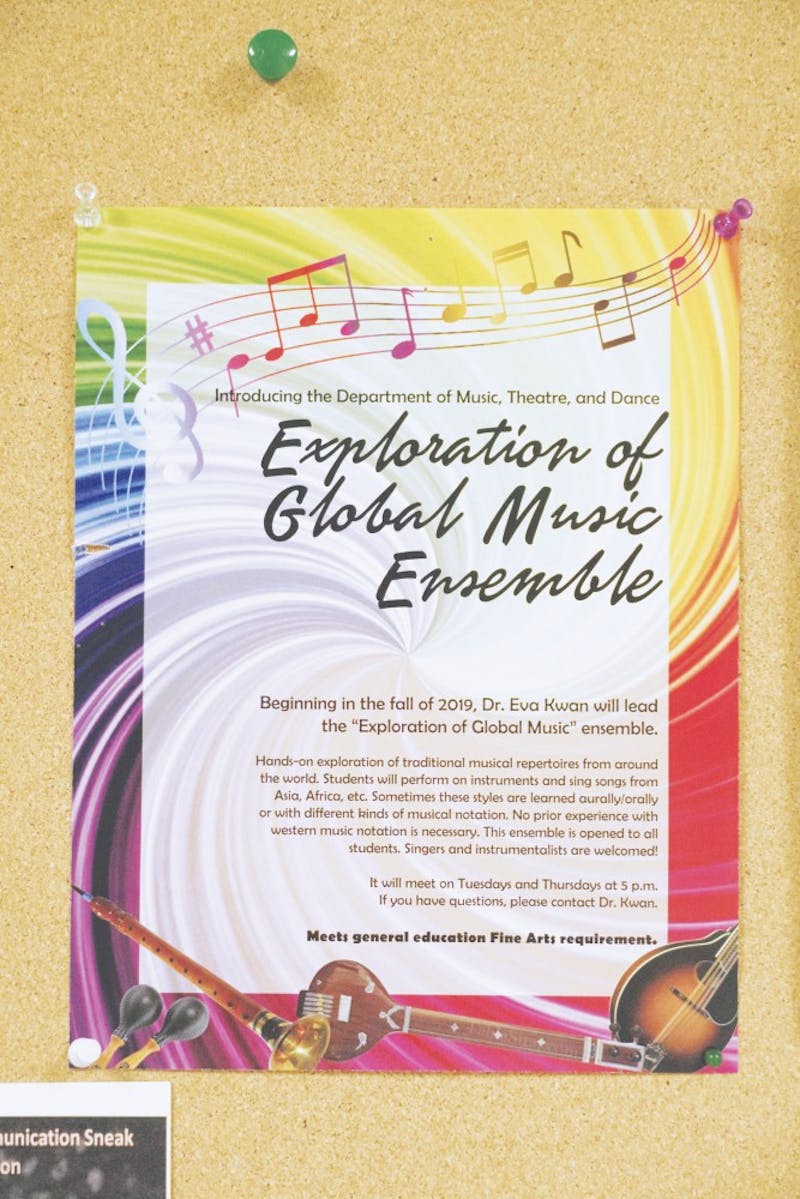 Local class brings music from around the world