Q Union Conference to be held on Oct. 29

On Oct. 29, Francis Chan — best-selling author, widely-respected pastor and theologian — will be in Cornwall Auditorium for roughly nine minutes.

Chan — along with Malcolm Gladwell and Rebekah Lyons — will be remotely headlining this year’s edition of Q Union, a simulcast-style event hosted by 18 universities across the country which dives into the nitty-gritty of the role of Christ’s church in cultural conversations.

Each speaker — local and national — will deliver a nine-minute talk revolving around Q’s central theme for 2019, “Dialogue Matters,” exploring the impact intentional conversation can have on Christian and secular community.

Jeff Aupperle, director of the Calling and Career Office (CCO), believes that in the wake of the high tensions of the past few years, Q Union can be another building block for campus as Taylor works toward reconciliation and understanding.

The event itself is not a singular gut-punch to all the bad things in the world.

“The success of the event isn't measured the night of the event,” Aupperle said, “But (it is measured) in the many conversations that transpire following for days and weeks to come.”

Q Union is an event built on the back of healthy conversation.

When Oct. 29 rolls around, it will only be the second time Taylor has hosted Q Union. In 2018, the CCO brought the event to Upland for the first time.

Aupperle said Q Union is important to Taylor’s campus largely in part to the student speakers.

“While the event is built around the name recognition of the national speakers, it's what comes from the students' hearts that really resonates at Q Union,” Aupperle said.

Last year, Pastor Bob Goff was the big, national name headlining the event. However, the three student presentations by seniors Mirgul Zhumagulova, Stephanie Mithika and Pat McNamara brought a sense of proximity to the event.

Through preparing for her talk titled “The Most Powerful Force in the Universe,” Zhumagulova was challenged in “delivering an idea that is central to (her) life” within the nine-minute parameters.

Mithika joined the Q team out of a desire to reframe hospitality in the aftermath of the controversial Excalibur publication.

“I wanted to challenge the campus to re-think and imagine what it could look like to practice hospitality towards minoritized students in our community,” Mithika said.

The conference, which is built for students by students, impacted McNamara last year when Mithika discussed centering the margins. McNamara said her talk was particularly transformative for how he viewed loving people on campus.

On Oct. 29, Cornwall Auditorium will house voices and ideas from Malcolm Gladwell, Rebekah Lyons and Francis Chan. Yet ultimately, Q Union is by students, for students.

“While the event is built around the name recognition of the national speakers, it's what comes from the students' hearts that really resonates at Q Union,” Aupperle said. 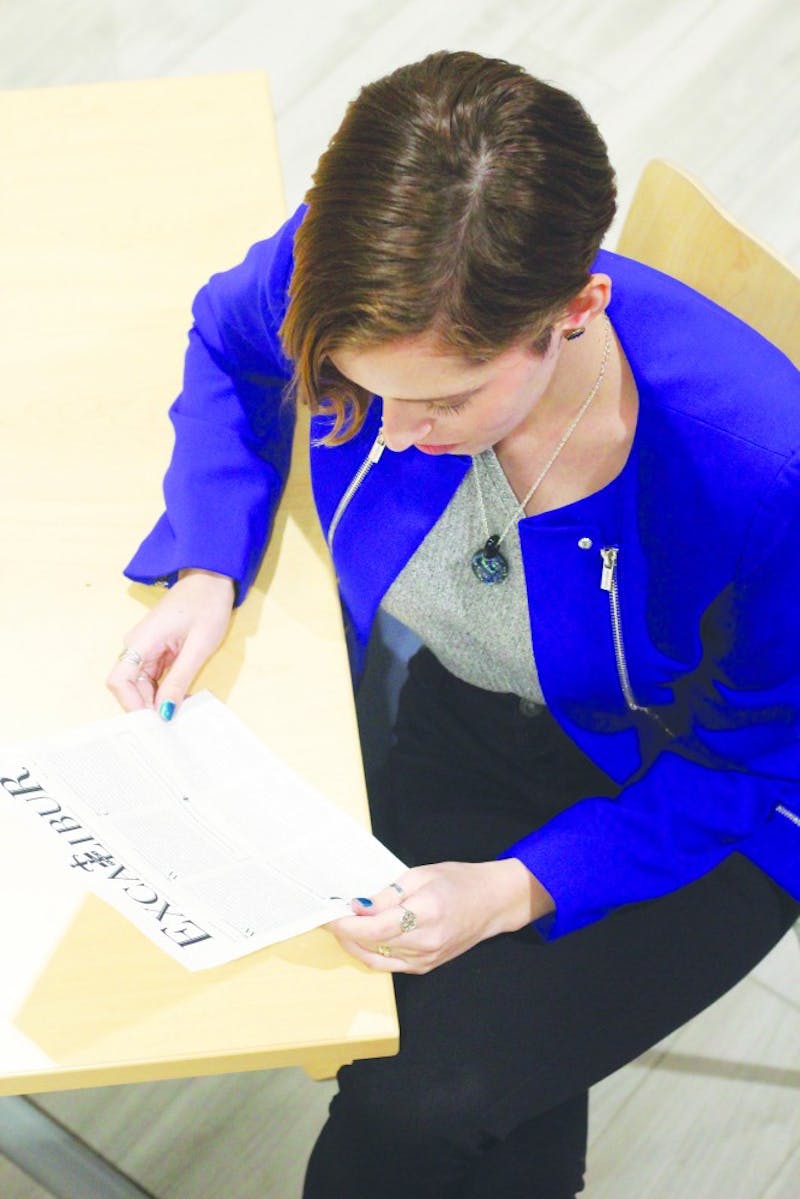