Mistakes come back to bite Trojans

Taylor football came up short against Robert Morris last Saturday after being tied at halftime 14–14. The final score ended up at 31–14.

Despite the offense putting up 391 yards total and 25 first downs, mistakes haunted the Trojans in the end. One fumble, one interception and two missed field goals kept Taylor from putting points on the board.

“One is turnovers. We had an interception on their side of the field and we had a fumble in the red zone,” Guckenberger said. “Just capitalizing off of big plays and being able to finish our drives is the biggest thing.”

While the Taylor offense moved the ball well, five trips within the red zone produced only one touchdown.

In the second quarter senior linebacker TJ Swore intercepted a pass and ran it back to the Robert Morris three-yard line. Two plays later senior running back Spencer Crisp ran for a two-yard touchdown.

Robert Morris brought the heat out of halftime and scored 10 points in the third quarter. Another touchdown in the fourth quarter for the Eagles sealed the game with 1:41 left.

“(In) the second half, we kind of got worn out. We were missing some guys at (defensive line) and corner,” Swore said. “So, it’s tough. I thought we battled the whole way through. Credit to them, we just came up short.”

Swore highlighted the defense Saturday, recording eight tackles, one sack, two hits for lost yardage along with his interception.

Head coach Ron Korfmacher said the defense stopped the run well and forced Robert Morris to punt several times, giving the offense opportunities to move the ball down the field.

“In some respects we’re young but (we’re) growing up fast – maturing quickly,” Korfmacher said. “And that should show through consistency and then just go compete.”

Guckenberger said despite the loss, the team feels encouraged about the way they performed Saturday.

Taylor will travel to Indianapolis tomorrow to face Butler in their second game of the season. Kickoff is set for 6 p.m. 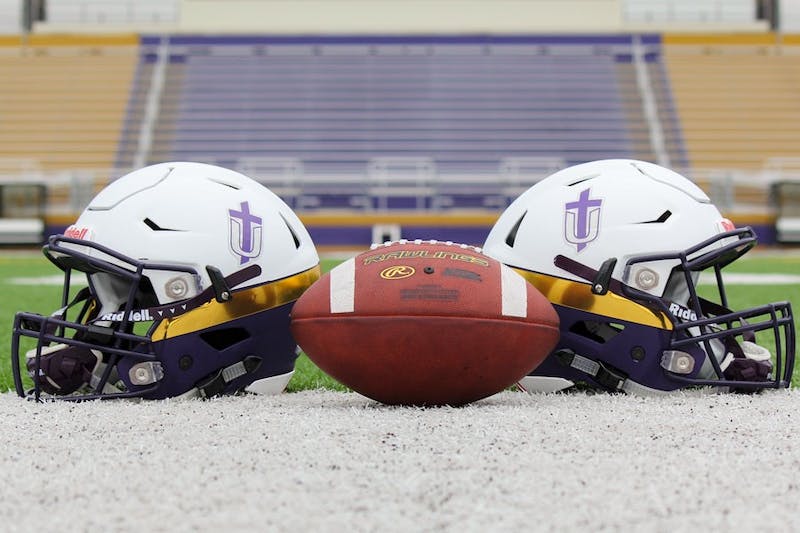