Why I support a plant-based lifestyle

Two and a half years ago if you told me I would consider going vegan, I would have told you to stop acting crazy and proceed to eat Chick-fil-A.

A plant-based diet seeks to eat as many unprocessed fruits and vegetables as possible, whereas a vegan diet can contain processed foods to replace animal product-based foods.

Around two and a half years ago, my brother and sister-in-law began eating a plant-based diet. The switch they made astonished me. Yet, the more I learned, the more it kept making sense.

A plant-based typically does not include any animal products, including meat and any food that is an animal product like dairy and eggs.

There are two main reasons people eat plant-based. One is to not support animal cruelty in American farms. Much of the meat in the American diet derives from chickens and cows raised in harsh conditions.

“The factory farming system in this country is often very cruel to animals, and I want to avoid moral complicity with cruelty to animals,” Professor of Philosophy and Religion Jim Spiegel said.

Spiegel is not plant-based, though when he does eat meat, he wants it to be free-range.

Another motive to become plant-based also includes personal health reasons. This intrigued me. I felt lied to by the United States when I watched two Netflix documentaries titled “What the Health” and “Forks Over Knives.”

The truth about meat and animal products hit me like a pie to the face: they’re unhealthy.

Unhealthy to a point that they cause diseases. According to the nutritional book “How Not To Die,” by Gene Stone and Michael Greger, a book I’m working through now that promotes a plant-based diet, they even cause America’s number one killer: heart disease.

The book states that meat, no matter how fully cooked, contains endotoxins. This bacterial toxin enters your bloodstream through your gut, where they can then go on to your arteries and trigger inflammation.

Professor of Kinesiology Dawn Anderson said this diet can help treating this issue.

“In general, this type of diet is associated with a lower risk for certain diseases such as cardiovascular disease and heart disease,” Anderson said. “(It may) aid in lowering blood pressure and cholesterol levels.”

I know some of you probably think I’m psycho, but go watch those documentaries or read the book “How Not To Die.”

Serena Draper, the Olson Assistant Hall Director, said she eats vegan, although she eats eggs as an easy and cheap way to get protein. This brings me to an important question.

How do you get your protein?

A common question for plant-based people.

The truth is, meat is unhealthy, and you don’t need to eat it to receive protein. The biggest benefit meat offers the human body is protein. Besides that, it doesn’t do much good.

Other foods like beans, nuts and certain vegetables offer more than enough protein. A simple Google search can show you 38 grams of protein can be found in a cup of peanuts or a cup of diced chicken.

The difference? Another Google search shows peanuts provides the protein without cholesterol, while the chicken offers protein and 123 milligrams of cholesterol.

I am planning on going plant-based after college, but that’s my choice. If you decide not to, that’s fine.

It’s your life. I am an advocate of eating more fruits and vegetables no matter the diet, but I believe being plant-based is the best way to treat your body.

Also, be more open-minded. The idea of eating plant-based may sound crazy, but that’s what I thought, too. There’s so much more to unpack about eating plant-based than a short 600-word article can do, but think of this as an intro.

I’ll tell you though, eating plant-based isn’t as bad as you think. 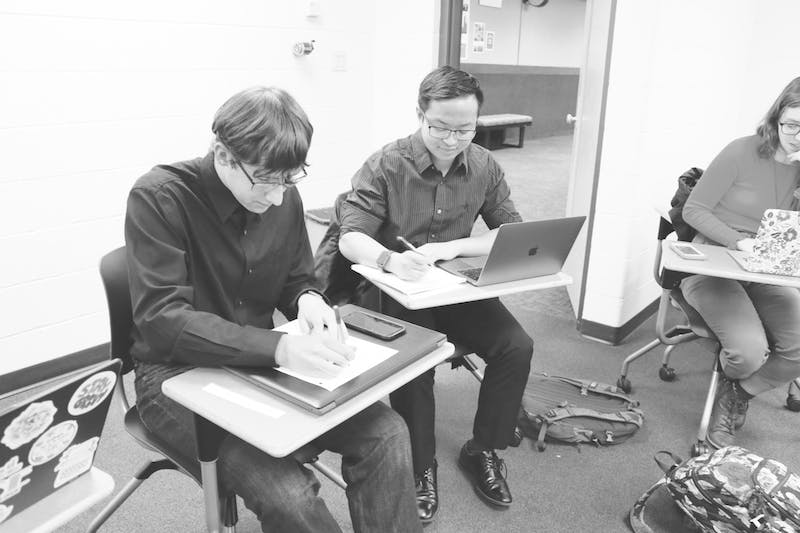