After winning the hearts of students with their determination to enhance the community through activities, communication and diversification, seniors Joshua Clement and Julia Noonan represent Taylor's student executive cabinet this school year as Student Body President (SBP) and Vice President (SBVP).

Junior Lynreshay Johnson and member of the Taylor Student Organization's (TSO) Integration of Faith and Culture committee shared her excitement for the new SBP and SBVP. She firmly believes that both Clement and Noonan possess characteristics that she deems perfect for their roles as SBP and SBVP. Between their leadership experiences and personal traits, they were sure to have Johnson's vote as the new presidents.

"Joshua, to me, has a wider perspective as an international student, which suits the diversity on campus," said Johnson. "Julia's free spirit will also draw people to her and cause for close relationships with especially cabinet members. She's also really easy to trust."

Clement thought about running for SBP after serving as a member of the executive cabinet with TSO last year. His time working with TSO sparked the idea to run for SBP.

By Thanksgiving 2017, he was confident that SBP was the position he wanted to run for. He then decided to ask Noonan to work alongside him, and she said yes.

"It seemed like a great opportunity to serve and give back to a place and people that have given me so much as well as strive to improve our community for students in the future," said Noonan.

Both Clement and Noonan are looking forward most to working alongside TSO. The duo both stated that being a part of TSO has definitely been a top 10 in their favorite memories at Taylor.

Their previous experiences as members of TSO resulted in them growing an invigorating desire to work alongside the group once again, but this time as leaders.

"I'm so excited for this year because we're not afraid to conflict with each other in pursuit of finding what's best for the community as a whole," Clement said. "We can also turn on music and dance with each other, which is awesome."

Noonan also has big hopes and expectations for the TSO committee. She described the bunch as outstanding with big goals and soft hearts.

The duo explained some of their goals for this fall semester, including electing freshmen for Student Senate and diversifying the committee by allowing students with roles as athletes to become more involved in organizational groups on campus. The pair made it clear that they want students all over campus to share with them what the student body would like to see happening or changed on campus.

"Talk to us," Clement said. "We want to hear what you all have to say. Grab us on the sidewalk . . . actually, don't 'grab' us. But we do genuinely want to hear from you all."

Clement and Noonan strongly believe they will have a great presidency here at Taylor during their term. The two spent J-term together in Italy during their freshman year.

Noonan explained that their familiarity with each other really helps with their communication, and as a result, they are both open to learning from each other.

"We're really good at counterbalancing each other . . ." said Clement. "If I dig in the details, she is good at providing a bigger perspective.She also brings a raw joy to our office that I think we would seriously be lacking if it was just me."

During their early years here at Taylor, neither Clement nor Noonan saw themselves being presidents of the student body.

At the end of freshman year, Clement's hall director in Samuel Morris Hall, Tyler Witzig, spoke his position of presidency into existence. At the time, Clement did not believe this was possible, so instead of taking him seriously, he laughed.

"I think a lesson here is that you - any of you students reading this - can be a significant influence and a campus leader in ways you may have not previously envisioned," Noonan said.

Clement urged the student body to speak up when dealing with something they feel their leaders should be able to fix.

Clement wants to ensure the community feels comfortable with their student leaders, and he believes opening up to them about something going on within the community is just one way of doing that.

"Don't be afraid to bring it to us," Clement said. "We can't fix anything we don't know about. We are here to serve you guys, and we want to be able to do that well, so please. We will never get too sick of getting emails.

Commencement: Before crossing the stage 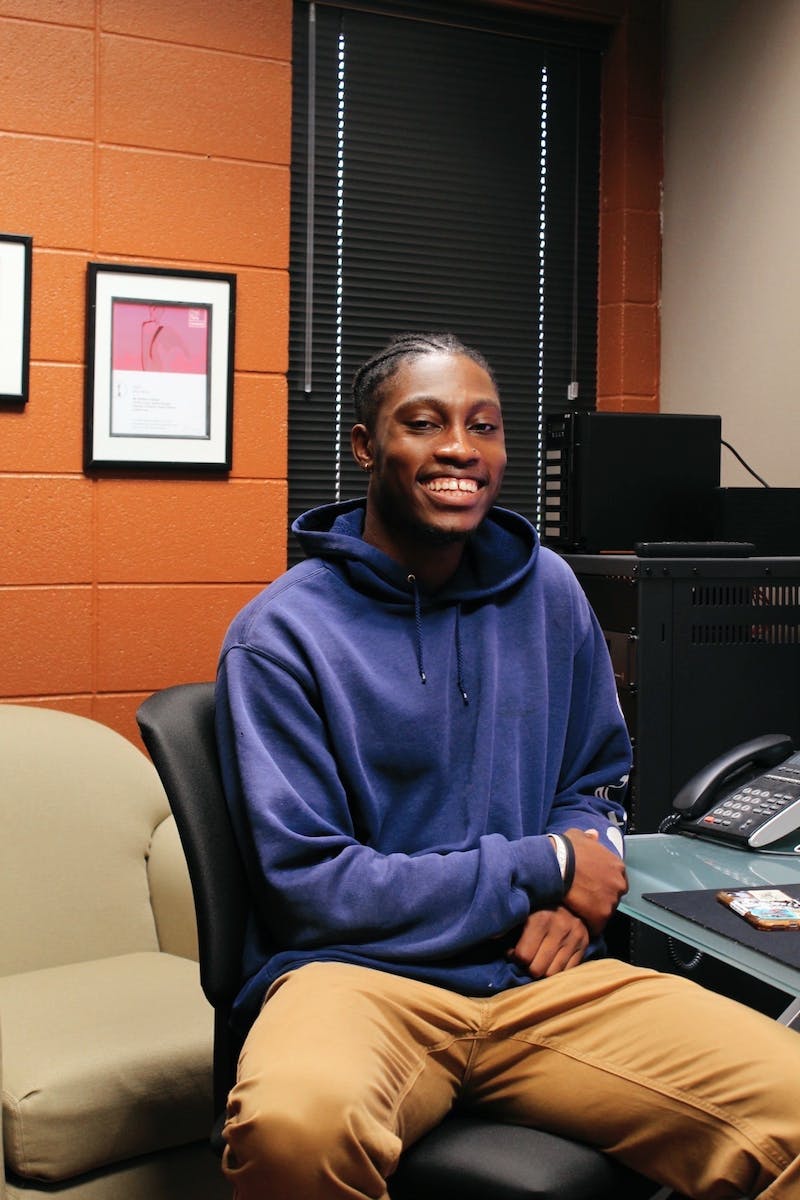