The faces of 'Clybourne Park'

Russ: "The majority of the pain and the anguish in act one is centered around Russ. Although he may seem like the average Joe type of white guy, he is struggling to work through his grief of losing his son Kenneth.

Dan: "Dan is such a clown. Of all the characters I have ever played, he reminds me the most of myself," Mantel said. With his head in the clouds and his feet in work boots, Dan provides much needed comedic relief.

"Just because our values are different doesn't lessen their importance," Mantel said. "We still need to speak out on what is relevant and valuable to us . . . not being afraid to just be honest."

Bev: "Bev is a 1950s white housewife who is trying to get both herself and her husband through the grief of losing their son. Amidst her upper class lifestyle and relative ignorance of racial tension, she desires to seek out neighborly love, no matter the race."

Kathy: "Kathy walks onto the stage, and you know she means business. With the mannerisms of a real estate agent and the sense of a lawyer, she encapsulates those in our society who simply do not care enough to engage in racial conversations.

"I learned that I have the tendency to put my foot in my mouth," Foltz said. "It has been a process of learning how to be quiet and listen, while simultaneously not being ignorant about the social injustices in our country."

Francine: "A product of the 1950s time period, Francine works as the "colored" help in Bev's home. Her ability to blossom is limited, held back by her position in life. Yet this stands as a fact to which she seems resigned."

Lena: "An activist who cares and feels deeply about her community, people and past, Lena is proud of her blackness and wants people to understand race and the issues that surround it."

"I've definitely had to learn how to talk about things with grace and love," Fowlkes said. "We all have our ignorances, but by teaching and learning we can widen our views."

Albert: "He's more of a kill-them-with-kindness kind of guy," Maina said. In the face of oppression, Albert chooses compassion.

Kevin: Kevin is a little more complex than Albert. A loving and caring husband, he is his wife Lena's foil.

"He believes that building relationships is how you get people to care about things," Maina said. "It is how you build change."

"I think I've learned that there are many different strategies on how to address injustice/race issues," Maina said. "(And) I've come to understand that my (strategy) is the compassionate kind, much like my character."

Favorite Line: "Do they carry collards and pigs feet?"

Karl: A character carried over from "A Raisin in the Sun," Lindner, head of the white homeowners' association, struggles with his own ideas of race in an age that discouraged social discussion among white circles.

Steve: Steve is a similar character to Karl, but in a different social climate. However, in contrast to Karl, Steve is not tied down to his biases and is more driven to finding out about race.

"In general, my perspectives have been broadened significantly from playing my characters," Sele said. "I have gained insight into my psychology and others', both black and white."

"You'll have to show me where to find the skiing Negroes."

"It's really interesting to play Betsy and then Lindsey . . . how different a woman's role was in 1959 compared to now," Davis said.

Lindsey: Loud, straightforward and not deaf, Lindsey, seven months pregnant, is an interesting contrast to Betsy.

"A lot of people in Taylor's audience will connect to her," Davis said. "There have definitely been times where I'm like, 'Oh wait, I've said that.'"

"I think theater is the best way to learn anything," Davis said. "(I've learned that) I have to portray (characters) as honestly as possible. What if we approached everything like that?"

Favorite Line:"Half of my friends are black."

Jim: A clergyman, Jim is the youngest of the whole cast. Energetic, caring, yet naive, he holds conservative and timid views flecked with subtle nuances of racism.

Tom: Representing the interests of an African-American family: Kevin and Lena, Tom is consumed in his job as a lawyer. He plays the critical role of representing a silent minority.

Kenneth: Kinter also plays Kenneth, Russ and Bev's son and a veteran of the Korean War.

"Kenneth is so important to me," Kinter said. His illness is relevant to many on Taylor's campus.

"I've learned that there is a difference between capital 'R' Racism such as KKK or what happened in Charlottesville and lowercase 'r' racism which is stuff we don't really talk about," Kinter said.

Favorite Line: "Got yourself a car?"

The life of a Taylor athlete 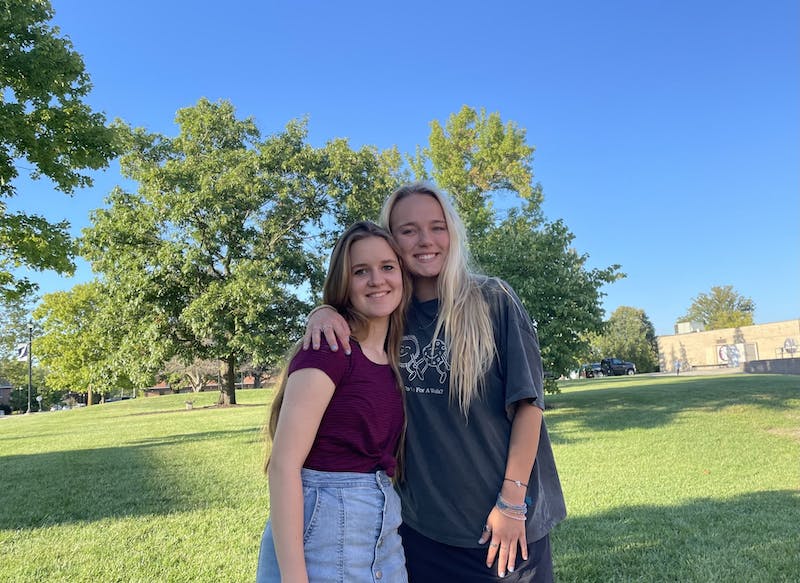