With the lights throwing hues on the musicians and the hum of electricity rolling through the amplifiers, a concert breathes like a living beast.

When every spotlight and face in the crowd is turned toward the stage, you might not notice the person standing in the back of the room.

The person behind the soundboard controls every instrument, voice and synthesizer onstage. He or she collects every strand of sound, making sure they are released in balance and beauty. This is the role of the front-of-house engineer, and on Saturday at the Jenny & Tyler concert, this role will belong to Trent Stegink, ('15).

During his time at Taylor, Stegink studied film and media production with a concentration in audio production. Hoping to work in live engineering for touring bands and artists, he spent a semester at the Contemporary Music Center (CMC) in Nashville, learning basic audio mixing skills alongside industry professionals.

"Pretty much since middle school my dream job has been to do something in terms of live production on the road," Stegink said.

That dream came true this summer when he began providing live audio support during weekend touring events for bands like Remedy Drive.

After working for the summer with a company called CTS Audio and mixing for several music festivals, Stegink got in touch with pop-folk band Jenny & Tyler through fellow CMC students.

Jenny & Tyler consists of married singer-songwriters Jenny and Tyler Somers. Since 2007 they have independently released four albums, garnering a following with their smooth harmonies, folk influences and acoustic pop style. After signing with Residence Music, the duo will release their first label-produced album on Oct. 16.

Stegink signed with the group during the summer for a fall tour as a live audio engineer, meaning he provides sound and line checks for the band, mixes the live show and serves as the last person to sign off on everything tech-related.

As a self-identified "metalhead," Stegink admits that the duo's music is outside of his typical preference, although he sees the value in their art.

"I look at it as a way to broaden my horizons," Stegink said. "It wouldn't be the first type of music I would listen to but I'm still totally excited to run a show for them every night."

Having spent the past week stuffed in a Sprinter van with ten members of the band and production team, Stegink has gotten to know Jenny and Tyler on a more personal basis, as well as their two daughters, who have been touring with them.

Even after bumps in the road, such as rushed set-up times and a broken van window, Stegink has taken away valuable lessons from the duo, both in audio and life.

"When I think of Jenny and Tyler the word passionate comes to mind," Stegink said. "Their passion in their care toward each other is really evident; their passion and their care towards their music really shows. In terms of audio, I've learned that there isn't one magic fix for every problem. You always have to be willing to adapt and try new things."

However, over the past few days, Stegink was also able to see the artists operate as people and as a family unit. He was impressed by their ability to maintain time and space for each other and their children.

He reports that in preparation for the tour the Somers reserved some evenings apart from their team in order to focus on their children.

"The road can be isolating and draining, so being intentional about still being a family is really cool to see," he said.

On Saturday, that same road will be leading Stegink back to the college he graduated from just a few months ago. Stegink didn't expect to be returning to his alma mater so soon, but he admits that the stop at Taylor University did influence his decision to join the tour.

According to Stegink, he hopes he has the opportunity to influence students in the Media Communication department to persevere with even the mundane aspects of their coursework.

"(I want) to be able to come back and tell someone in Media Comm, 'Look, get through it. Yeah, editing for Narrative at three in the morning might not be the most fun thing in the world but eventually you will be able to do what you actually want to do,'" he said.

For Stegink, that has always been standing behind the soundboard with the music at his fingertips. 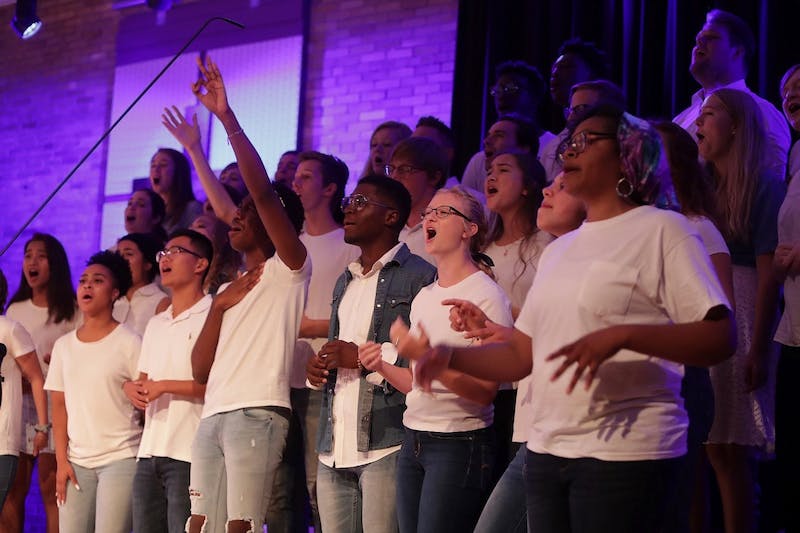 Gospel Choir collects cans for a good cause 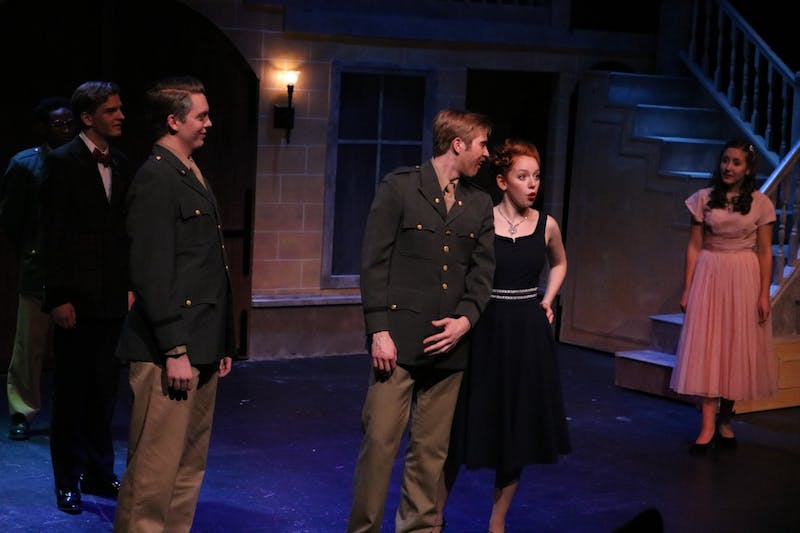