Media Communication students squeezed into a not-even standing room only Metcalf 002 to present what they had been working on all semester on Dec. 5. After long, hard months of interviewing and editing for Media Communication professor Kathy Bruner's documentary class, the tired, but proud, students presented their productions to a packed audience. The results were impressive: great documentaries about the brand MudLOVE, a Renaissance fair, Native American rights, an acting school and more showcased the best Taylor's Media Communication program had to offer. There was one film, however, that seemed to stand out among the rest: the story of Maurice Young.

"The Advocate" tells the tale of a man who gave up a comfortable life, five academic degrees and future careers to care for those who lacked such things. The idea for the documentary came from Nathan Pfaff, a senior Media Communication major and editor of the documentary. Pfaff, whose parents are missionaries in Papua New Guinea, realized he had nowhere to go for Thanksgiving break. Not wanting to spend too much money, he decided to drive to Indianapolis and spend a week on the streets.

"I had always wanted to be homeless for a time," Pfaff said. "When I first came down to Indy I was going to sleep in this back alley, but then this guy came and said there was a homeless camp with a guy with big dreads who oversees the camp. He said he would look out for me. So I went." Known as the the Irish Hill camp, the community consisted of 70 homeless people who lived in tents under the Davidson Street railroad bridge near downtown. Pfaff spent the night in front of his tent, and, in the morning, was able to talk to this mysterious person. After realizing that he was talking to the leader of the camp, Pfaff decided to stay for the whole week.

Pfaff was amazed at the organization of the camp. "There was a schedule where different churches and organizations would come down to the camp," Pfaff said. "On Thanksgiving Day we had 25 different groups come down and bring food. I remember texting myself that night a bulleted list of reasons why I should do a documentary on this person."

This person is Maurice Young, a man who has given up worldly desires to help those in need. Not much is known about Maurice other than his age (45) and the work he does to help the homeless community.

What is known is that Maurice was generous from the beginning. "He really wasn't that much different than when he was a teenager," said senior Kyla Martin, a producer of "The Advocate." "He was always was a humanitarian. He always looked out for the kids being picked on. His independence is what drove him in his youth, not expecting help from other people."

"He used to be an academic teacher," Pfaff recalled. "I think because of that, Maurice can communicate very well. He's very easy to understand."

The other members of the documentary team were initially reluctant to focus on Maurice. "I went in a little skeptical because I didn't know what to expect," Martin said. "Maurice was really confident, very funny and nice; he knew what he was talking about. After the first meeting with him I felt comfortable with him, but still wanted to fact-check him. By the second meeting I really felt good about the story."

Senior Media Communication major and director Sean Taylor had other considerations "We weren't totally sure about it because we didn't know if it could happen this semester," Taylor said. "We didn't know if there would be any tension we could build on."

The group found their tension in Maurice's fight for justice for the homeless in the city of Indianapolis. On Aug. 26, police moved in and evicted the homeless from Irish Hill. Officials had complained that the camp needed to go to make way for bridge inspections; other residents said the tents were an eyesore. The area under the bridge was also owned by CPX, a railroad company that wanted to send workers to repair the bridge.

Maurice, along with five others, was arrested for obstructing traffic. Many thought that would end the trouble. But the story for the homeless of Indianapolis, as well as for the documenters, was just beginning.

"I was expecting to do a documentary on his ministry in the camp, but at the beginning of this semester the camp was evicted by the city. I was like 'what are we going to do, he doesn't have a ministry now'," Pfaff said. "We went down to talk to him and he mentioned that he got arrested. That allows him to go before the city and say, 'Hey, you wrongly did this,' and then the city will have to pay it back to him for not holding to his constitutional rights."

Maurice plans on negotiating with the city for a Homeless Bill of Rights. Already enacted in Rhode Island, Connecticut, Illinois and California, the bill protects the civil and human rights of homeless people.

The team had found the tension for their story. But they also wanted to focus on Maurice's heart.

"We saw his cause and we saw what he was doing and it made us excited to make the doc about his character and him rather than the court dates and the technical stuff," Taylor said. "We decided on a more character-driven route in the end because that was what was going to inspire people and promote change."

"He has other court dates coming up," Pfaff said. "He wants to use those to speak to the city about the unfairness of the system. Essentially Indianapolis's policy on homelessness could be changed forever because of Maurice."

Maurice's peaceful surrender to police and fight for the homeless inspired a Honduran priest to open up his church to Maurice and others. In one of the most powerful parts of the documentary, the priest tells how he decided to give up classrooms originally planned for a school to make room for the homeless.

"He said 'once God changes your heart, you can't go back,'" Martin recalled. "It was like he was a missionary coming to America. The fact that he was coming here to America to help people really struck me. It's hard to believe he was giving up that building, which was going to be a school for international pastors." Maurice told the priest and documenters that he is waiting for things in court to be settled before he considers the offer. "He doesn't want to bring trouble to the church," Martin said.

Although they had some troubles interviewing other homeless people, the documentary students are proud of what they have accomplished. Maurice has also made an intense and unforgettable impression on them.

"Maurice inspired me to be a better person in general, but he also made me question what I would be willing to give up," Taylor said. "He gave up everything and that sparked that question (in) me. What do we hold onto? What do we latch onto for support? He made me realize we should be latching onto God because He's the ultimate provider."

For Pfaff, the student Maurice was closest to, Maurice's compassion convinced him that God's kingdom is here on Earth. "When you're poor and homeless, you are so close to the Kingdom of God," Pfaff said. "'Deny thyself, take up the cross, blessed are the children,' that kind of stuff. There are things he understands that other people don't because of the situation he put himself in."

Martin wants "The Advocate" to change people's minds about the homeless. "There's a fear of things we don't know, and homelessness is certainly something people haven't experienced," Martin added. "I wanted people to see a man who is homeless because he feels called to do that, not because he's a drug addict or had a rough life. I want people to see the people Maurice is helping, that they're real people too."

"The Advocate" is around 11 minutes long, and the team had to cut down from a 25-page script to get it to the appropriate length. They are hoping to submit it to film festivals around the country in the next year. They already have one interested sponsor: "MudLOVE (a company which makes encouraging clay bands) has talked about funding us for a possible feature doc," Taylor said. "It's still in the early stages, but that's hopeful. It's a story worth telling."

After a very successful screening on Dec. 5 that included a standing ovation and a grateful appearance from Maurice, everyone went back to their daily lives-including Maurice Young.

"After the screenings, I realized as I was celebrating at Ivanhoe's, eating my ice cream, that Maurice was heading back to Indy to sleep outside in the snowstorm," Martin said. "It doesn't stop for him." 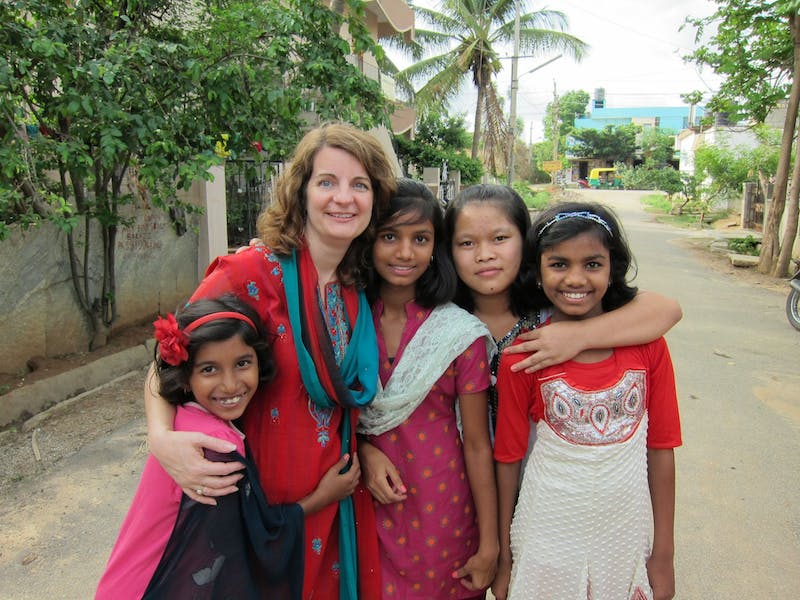 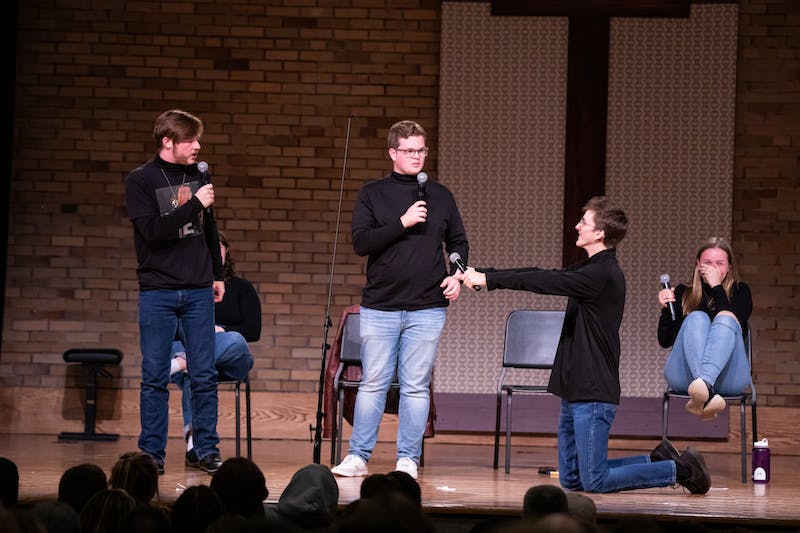 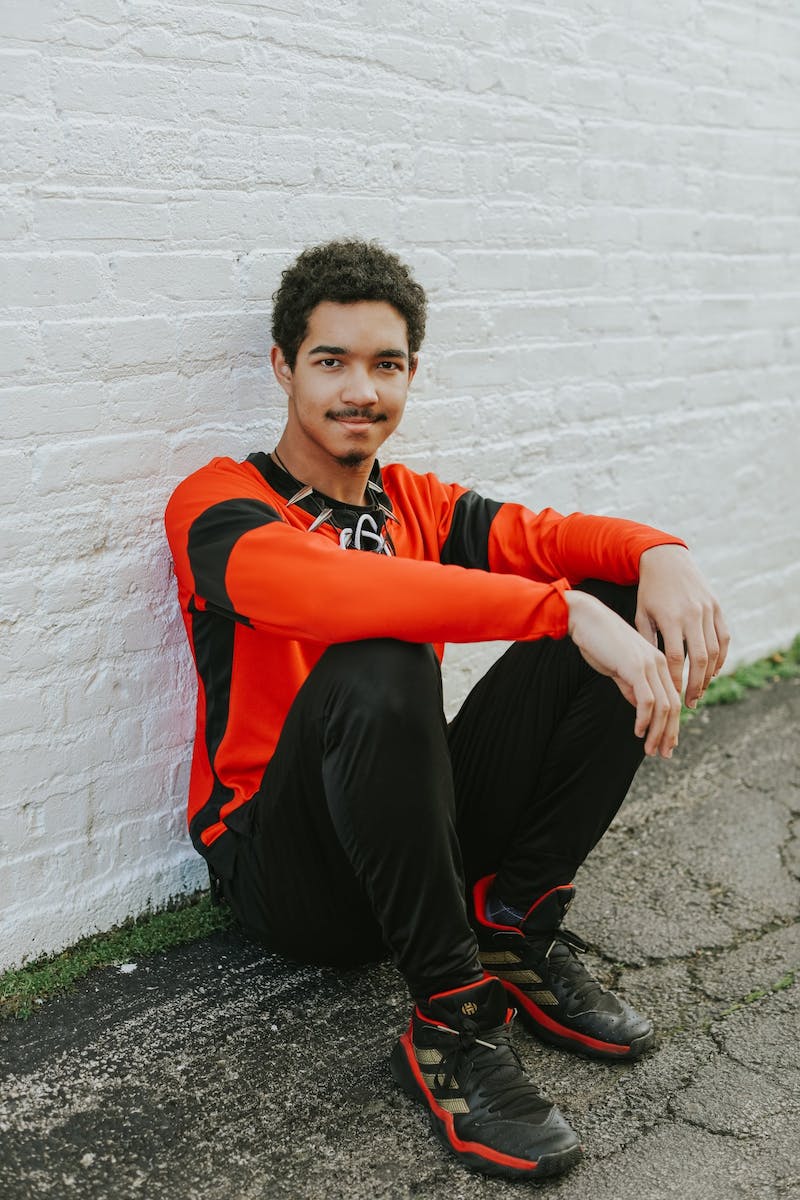